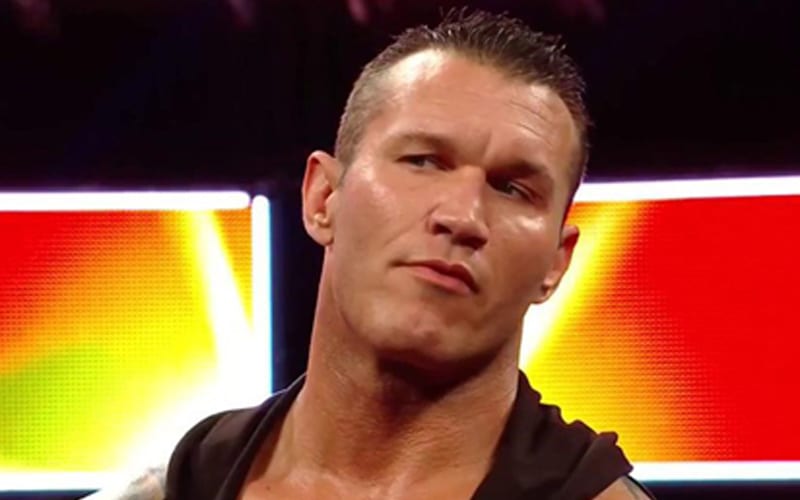 Randy Orton is a multi-generational WWE Superstar with the business in his blood. His style might not be for everyone, but he’s not about impressing anyone who is only interested in fast-paced high spot-heavy action.

Orton adopted a different mindset backstage in WWE within the past year. Click here for an exclusive about Orton’s current status as locker room leader and how his mindset was changed about pushing new Superstars.

While speaking with Vibe and Wrestling, Randy Orton discussed new school wrestling. He believes that new school is more in line with indie wrestling and there are a lot of risks involved. In the end, Orton said that the bumps that they take, false finishes, and nonstop action hurts a story.

“I think the new school is more about the mentality of independent wrestling. We have a lot of people coming from independent companies and are called by NXT and WWE, many who can tell good stories. They are perhaps counted in a faster way, it is a little more – I think the most careful way to call is ‘dangerous’. I think that if people realized what these guys risk many times, and the times they put their neck on the line just for one night a year to try to attract attention or to grab the torch, I think they would understand a little better. It’s definitely an exciting style, but I think the new school, the fast speed they move at, the bumps they take, the false finishes, the nonstop action, I think in the long run it hurts the story you’re trying to tell.”

“In general, the psychology has not changed. These athletes of today are more and more athletic. They have great physical ability and capacity to do things better than past generations. They do things that have never been seen before, especially in the past, and are reaching heights unknown to date. I enjoy watching the guys from the new school, and I can recognize when one of them can tell a story with the new school style. I don’t think it has changed too much.”

Randy Orton is currently set to take on Keith Lee at Payback. Lee’s style also greatly changed since coming into WWE. He has spoken about that in the past and how the Performance Center coaches encouraged him to take his time and make his big spots special.