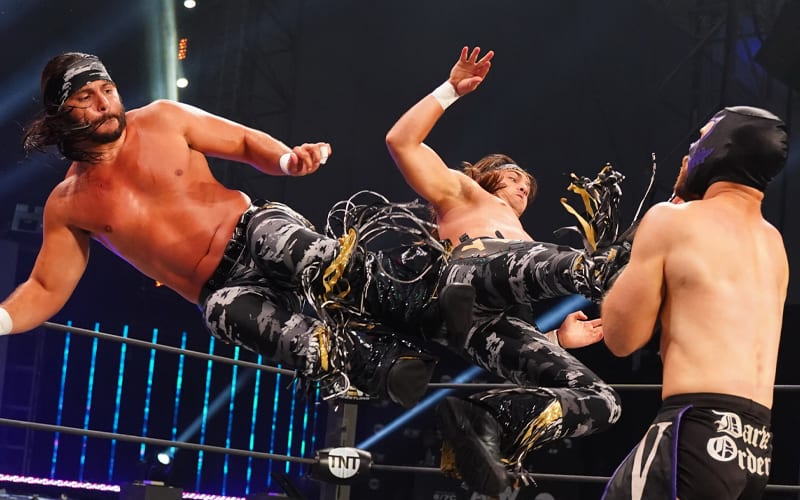 AEW presented Dynamite on a special night last week. The overnight viewership numbers said that 792,000 fans still tuned in to watch the show on average which was only a 4.7% drop from the previous week. They also had quite a lead-in with the NBA Playoffs.

Brandon Thurston noted that the that AEW Dynamite started out their program with 1.002 million viewers last week. The NBA Playoffs prior to Dynamite brought in an average of 1.601 million viewers and scored a .62 in the 18-49 demographic.

Dynamite averaged 1.002 million viewers in the first quarter hour and 575,000 of those viewers were in the 18-49 demographic. Then the audience dropped 43% in the second quarter hour, but the 18-49 audience only dropped 28%.

It was noted that without the first quarter hour, Dynamite brought a final average of 720,000 for the remaining seven quarter hours they were on the air.

We will have to see if AEW will be able to pull just as many fans to Thursday night for Dynamite. They have a packed show in store and you can click here for that advertised lineup.