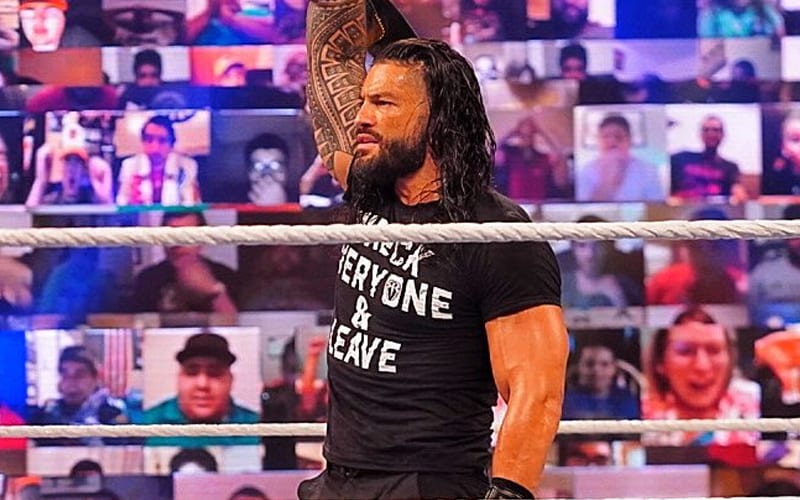 Roman Reigns returned to WWE at SummerSlam. This was a huge surprise that nobody saw coming. Ringside News exclusively reported how Vince McMahon and Roman Reigns kept his return as secret.

During Wrestling Observer Radio, Dave Meltzer painted a very likely scenario about how things will play out from here. It appears that WWE is going with their cancelled WrestleMania 36 plans prior to determining that a Goldberg return was needed for the show of shows. The triple threat match at Payback will be a placeholder before WWE can get to the big match they want.

“The big match is probably gonna be Roman Reigns and Bray Wyatt which is the match that they were originally gonna have at WrestleMania before Vince changed his mind and went with Goldberg. That had been planned probably since October, so that’s the direction they’re going in now, but they didn’t want to go right away and with a one-week build it would have been stupid to do it right away.”

It was noted that Braun Strowman is likely in the no-holds barred triple threat match to take a loss. The next WWE pay-per-view following Payback won’t be until September 20th’s Clash Of Champions pay-per-view.

This will be an interesting time for WWE because it’s anyone’s guess how long Vince McMahon will wait before putting the Universal Title back on Roman Reigns.