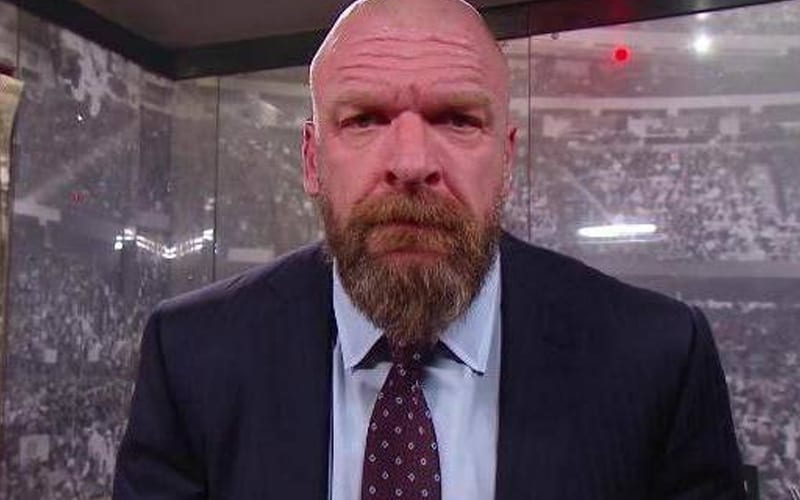 WWE NXT head writer Joe Belcastro resigned from his position with the company. This was first exclusively reported by Ringside News. Word got out, and Triple H recently spoke about this departure.

During the TakeOver conference call, Triple H was asked about Balcastro’s exit from the company. He said that Belcasto’s contributions to NXT were very appreciated and they were great. He thanked him, and said that other dreams in life took Belcastro away from the company.

“I want to put over the staff and the crew for what we did and our partners here at Full Sail, because they make it possible for us to do what we do here, and no matter what we ask them, it’s like, ‘absolutely, let me figure out how we can do it.’ Full Sail, one, is just a hub for what we do behind the scenes, and what they teach these kids here is amazing,” Triple H said. “The college itself is amazing, but as partners for us, there is no better partners on the planet. Full Sail – can’t say it enough. And on that topic I read some speculation about Joe Belcastro that has been the leader writer of NXT for a very long time.”

“We have a great team here, and Joe has made great contributions here in NXT. And I want to thank him for that because he’s going to move on to some other things. Much like everybody, he had some dreams that he wants to try to accomplish in life, and he found himself here in a position where if he didn’t leave now and try to do those others things, he was like, ‘I would never do it because I love it here so much, and I don’t want to kick myself down the road for never doing these other things.’ That’s the hardest thing in the world to do is to give up something you love to try to accomplish something else that you love.”

“My hats off to him. All the respect in the world. Thank him for his accomplishment here. He moves on to different things, and hopefully he succeeds at those, but if he doesn’t, the door’s always open. Because once you’re NXT, you’re always NXT. And he’s welcome back here at any time. He’s been a big part of this, but the team that is behind him, he’s done a great job of having everybody ready, and willing, and able to go to that next level.”

We’ll have to see what’s next for WWE NXT. Triple H previously stated that they have a new system where ideas flow through heads of production such as himself, Shawn Michaels, and Road Dogg. Now that Belcastro is gone it seems that DX might be running the show in NXT.