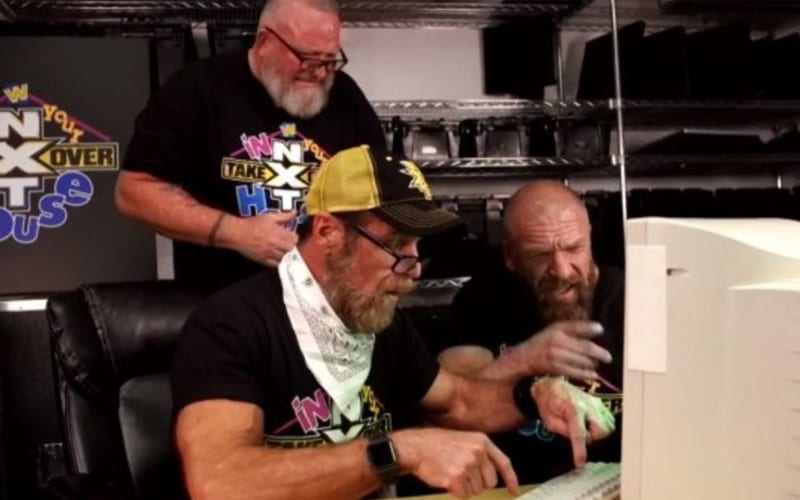 WWE NXT saw a big change backstage in the company when their lead writer resigned. This was exclusively reported by Ringside News. Triple H recently discussed the changes backstage in NXT and he detailed the way they go about coming up with the show.

WWE has plenty of veterans backstage in NXT with ideas. Those ideas from the writing team apparently funnel through people like former DX members before landing on television.

“As far as the writing on NXT goes I’ll say we shifted it around a little bit. I won’t comment on people who aren’t necessarily talent for us, but we have a team that works with NXT and that includes Shawn Michaels and Brian James and myself so it’s a group and the ideas all go though that.”

Triple H said there is a dramatic difference from doing live television to taped television, especially going from one hour to two hours. NXT is still trying to maintain a foothold on Wednesday nights. This will be much easier to accomplish when AEW Dynamite is not on Wednesday due to the NBA Playoffs.