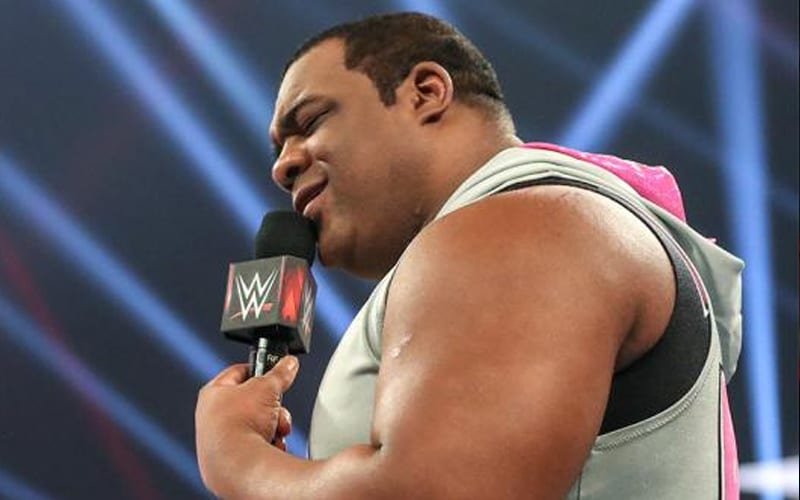 Keith Lee debuted on WWE RAW this week, but fans were’t very pleased about a couple of things that WWE changed about Lee’s Limitless character. Now we know why.

Fans spoke out against WWE changing up Keith Lee’s entrance music and attire. You can click here to read some of the most popular opinions on the matter.

According to Fightful Select, Keith Lee’s new WWE theme was a result of WWE urging talent to ditch their CFO$ themes. Keith Lee apparently agreed to the change, but why would he protest in his position as a debuting Superstar?

Fans did not like Keith Lee’s new theme. He sang his previous NXT entrance. WWE distanced themselves from CFO$, and the band broke up very recently as we reported today.

It is reported that the “The former WWE music group no longer works with WWE, and signed a terrible deal with their publisher that sees the publisher get half the royalties.” WWE doesn’t have the same deal with Jim Johnston which is why so many of those songs were changed in the past couple of years.

Some Superstars “hated the music” that WWE presented to them as replacements to the ones that they were originally given. It was reported that some even rejected the idea of changing their music.