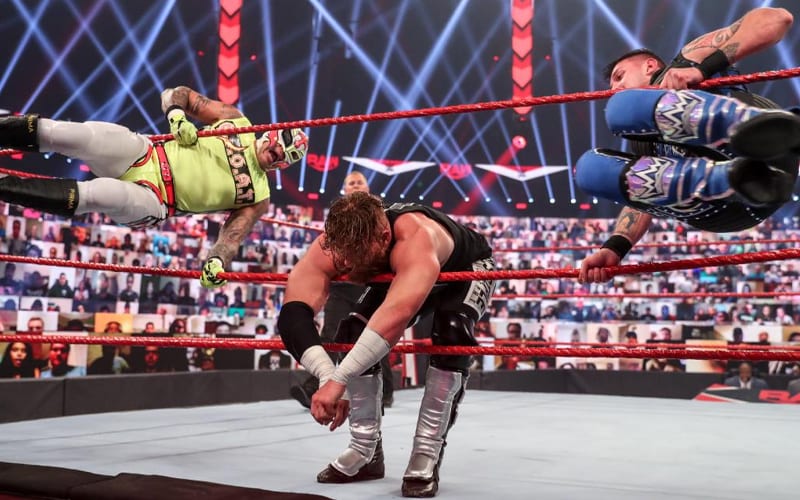 Rey Mysterio is experiencing a different phase in his career as his son Dominik is now wrestling by his side. There could be many more father/son matches to come because The Greatest Mask Of All Time says he has a lot more in the tank.

Keepin It 100 recently had Rey Mysterio on the show. He talked about his longevity in the business and how much time he has left. At this point, Mysterio has suffered numerous injuries, but if he keeps a lighter schedule it will obviously extend his time in the ring.

“It helps regenerate and heal any part of your body that has suffered injuries. With the amount of surgeries I’ve had on my left knee, it’s helped tremendously. I would do 500,000 through an IV and do that for two days. I would get into a hyperbaric chamber every time I would do my treatment. I did injections to my left knee and right knee. I did a shot to my shoulder because of the injury with Samoa Joe at Money in the Bank and I did my ankle, which I injured before WrestleMania. Both of my wrists because I suffer from carpal tunnel and both of my biceps since both are torn. The right one I repaired, the left one I didn’t repair, so I got an injection done. I also got my spine, that was probably the worst pain.”

Rey Mysterio also stated that at the rate he’s currently going, “I can see myself doing this for another five years.” That would put Mr. 6-1-9 at 50-years-old by the time he thinks that he’ll need to start thinking about calling it quits.

Mysterio and WWE just came to terms on a new deal. He reportedly signed a three-year contract. We’ll have to see where he decides to spend those remaining two years he believes that he has left.