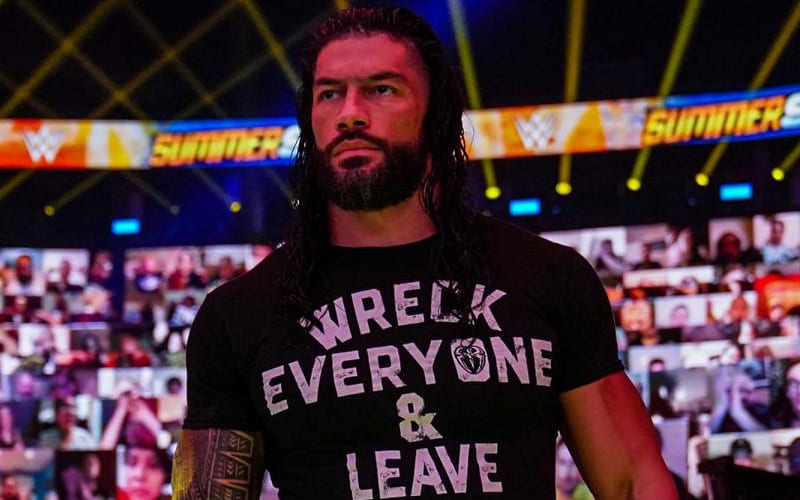 Roman Reigns made his big return at SummerSlam, and it was an incredibly exciting surprise. How many people knew about this beforehand?

Ringside News exclusively reported that nobody backstage knew about Roman Reigns’ return until minutes prior to the Universal Title match starting. Obviously, some people knew, but those people were incredibly limited and might have only been those directly involved.

Dave Meltzer stated on Wrestling Observer Radio that “I don’t know who knew, I know the Superstars didn’t know.”

In reality, Vince McMahon and Roman Reigns knew about the return. So far, we haven’t been able to confirm that anyone else knew about it. Kevin Dunn and Bruce Prichard very likely knew since it makes zero sense that they weren’t told. Dunn needed to know for the production side of things.

The performers Reigns, Wyatt, and Strowman obviously knew about this return as well. This was kept as a big surprise for everyone involved.

WWE isn’t able to pull off surprises very often. We have to give them credit for this one.