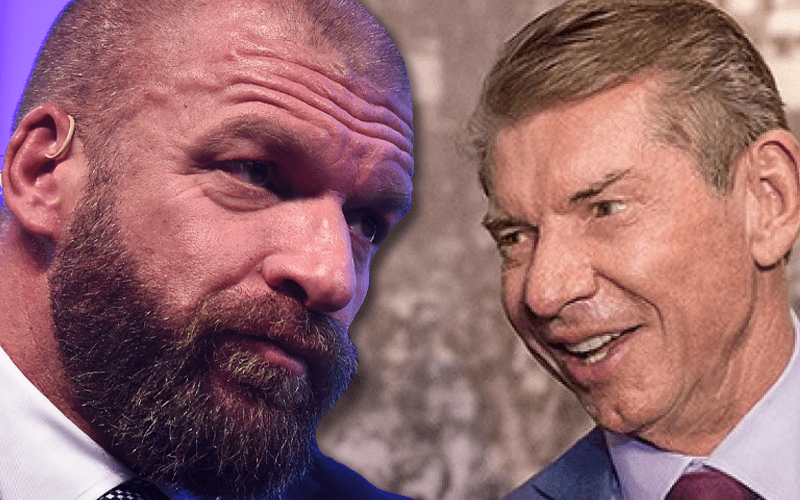 Today is Vince McMahon’s birthday. At 75, Vince McMahon is absolutely shredded and he’s showing no signs of slowing down. Many have speculated about what would happen to WWE once Vince McMahon passes away but it is highly unlikely that he pays attention to such things at all.

While making an appearance on The Bill Simmons Podcast, Triple H talked about what would happen when Vince McMahon passes away. The Game revealed that he was once told by Ric Flair that there are some people in the world who are genetically engineered to live a long life despite of putting their bodies to all kinds of crazy things.

He said that Ric Flair has that kind of a “gene” and so does Vince McMahon. Triple H said that such a gene will be discovered by the scientists when McMahon dies but most of them wouldn’t be around to see that because he will outlive them all.

Flair used to joke that he saw this special, and there were these people that have this gene where they never get sick or get diseases, and they can abuse themselves physically – not eat well, not work out – and they just live long healthy lives. And right up to the time when they die and they’re 100-plus years old, they’re still just going. We used to say all the time that Ric’s got the gene and it’s why he’s been able to survive everything he has and it’s why he’s Ric Flair. If anybody has that gene, it’s Vince. That is something, when he passes, and I’m convinced most of us will be gone before he is, they’ll find something like that.

People like Triple H have a very optimistic opinion about Vince McMahon’s life span while others like Ryback have the exact opposite opinion about it.

Regardless, Vince McMahon is an exceptionally hard-working person and very few can do it like he does at his age.