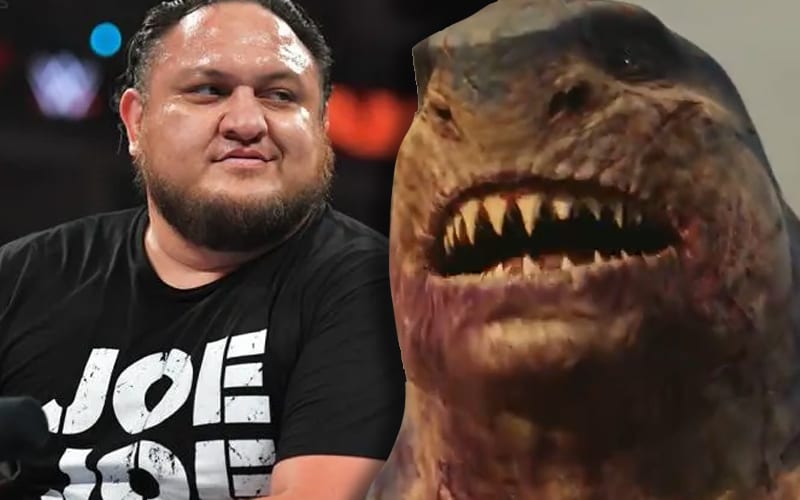 Samoa Joe’s voice is currently heard every week on WWE RAW as a member of their announce team. This is not the only place fans can hear Joe, and a new project is set to come out that will feature him in a very different setting.

The new Suicide Squad film is getting a lot of buzz from the DC Fan Dome. John Cena’s role as Peacemaker could be quite interesting to see.

Samoa Joe also has a role in the new DC franchise that is about to roll out, but he’s not in the movie. Instead, Joe has a role as King Shark in the new Suicide Squad video game. A trailer dropped for the game, and it features Samoa Joe’s voice acting abilities.

Joe replied to the trailer saying: “That Shark Tho…” He is obviously very proud to be a part of this project. Joe is currently out of action with a concussion, but he’ll get back to action as soon as he can.