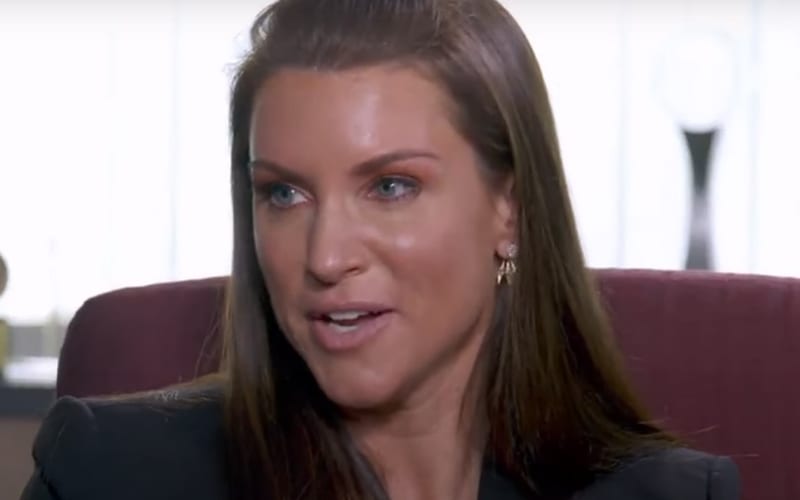 WWE’s Women’s Evolution covered a lot of ground as women continue to receive a spotlight in WWE apart from their former Divas label.

Stephanie McMahon recently spoke to Fox Sports where the subject of WWE’s Women’s Evolution came up. McMahon stated that she doesn’t want it to be a big deal if women are in the main event anymore. It simply needs to be commonplace.

She also said that WWE is increasing a focus on women with their storylines while praising the job they have done so far.

“I don’t want it to be a big deal anymore when our women are the main event. I think that they just should be equally alongside the men. There needs to be parity on the roster, I’d love to see an equal number of men and women equally represented. Of course, at times that would ebb and flow, but I think that would be very important. And just more storylines, more women, more storylines. I think that we’ve done a good job — I really do — but I think we can do even better,”

WWE is also doing their best to keep the female’s voice in mind. McMahon said they are trying to hire more female writers as well.

Stephanie McMahon then said that Triple H is still recruiting new female Superstars. Their goal is to have an equal number of men and women on the roster.

“The women’s evolution happened in our business [once] we started recruiting and training athletes. Triple H started recruiting elite female as well as male athletes and training the women the same as the men — giving them the same match time, the same opportunity, the same number of reps. And like anything else, the more reps you have, the better you’re going to be. And these women just really stole the show and rose to the occasion. The audience started chanting, ‘this is wrestling’ and ‘women’s wrestling.'”

WWE didn’t make Evolution II happen this year. Stephanie McMahon said they are trying to make that happen. The idea of Evolution II has been pitched a few times backstage in WWE, but it has been shot down. They might have to wait until names like Becky Lynch, Charlotte Flair, and possibly Ronda Rousey come back before Vince McMahon will green light another all-female WWE pay-per-view.