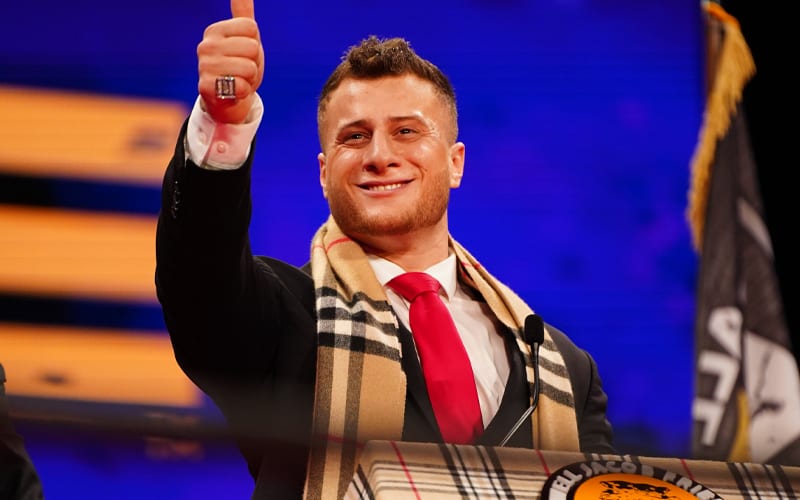 AEW All Out on September 5th will feature a big title match at Daily’s Place. Jon Moxley will defend the AEW World Title against MJF, and the Salt Of The Earth wants an advantage.

During Dynamite this week, MJF was featured in a video from his campaign headquarters. His attorney Mark Sterling had a chance to speak and he revealed that the petition to get Jon Moxley’s finisher banned from All Out has received 5 MILLION SIGNATURES.

In reality, the petition to block the Paradigm Shift garnered 4,428 signatures. That’s not bad, but it’s not 5 million. You can check out the petition here.

They did not confirm that Moxley’s finisher will be banned at All Out. It seems that will be the stipulation for the match.