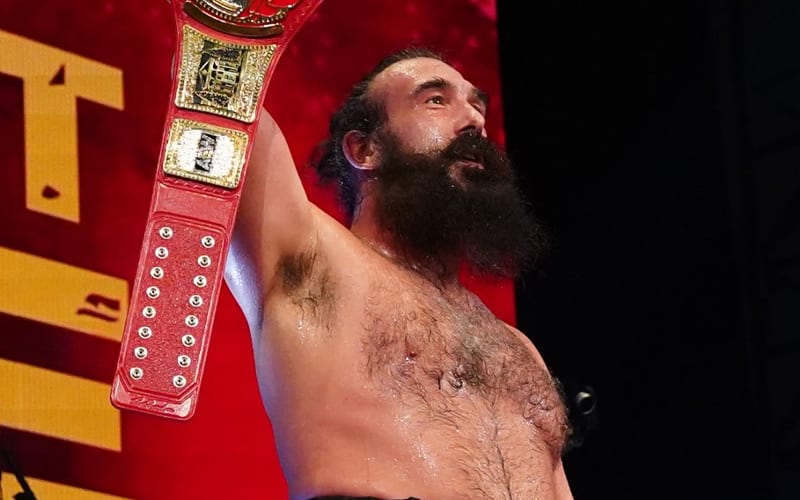 Brodie Lee had one of the biggest matches of his career on AEW Dynamite this week. He took on Cody and squashed the American Nightmare in quick fashion. Then the Dark Order laid waste to the Nightmare Family. Chris Jericho might be to thank for this like so many other things in the company.

During his Saturday Night Special, Jericho talked up Brodie Lee. He revealed that he called him up as soon as WWE released Luke Harper.

I was a big fan of his from the start. The moment that he asked for his release from the WWE, about a year and a half ago, I contacted him. And of course they never gave him his release, so, he went on his merry way. And then the moment he actually did get his release, we made sure that he came to work for us. There’s a lot of pluses for him – we love him, he’s great.

Brodie Lee sat in WWE for around a year and didn’t do anything. He requested his release, but they never gave it to him. Then he remained at home. He was a bit deflated at times, but he never lost his focus.

Now Brodie Lee is in AEW, and he is still in the prime of his career. AEW made something special out of Brodie Lee on Saturday. We welcome you to check out the clip below to watch how it went down.