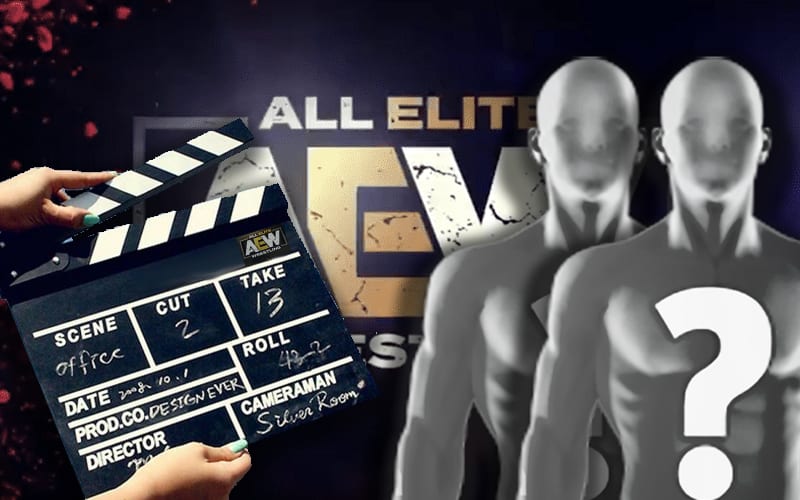 AEW ran a very special episode of Dynamite this week. The closing was a must-watch situation and we’ve included it below. AEW had to make sure that they presented the best program possible and this included taping some segments twice.

Click here for for our complete coverage of AEW Dynamite from this week.

According to Fightful Select, AEW needed to re-tape several segments. They were all done for different reasons.

Click here to read all about how AEW had to nix Rey Mysterio’s name from Dynamite this week.

It is reported that the segment with Britt Baker, Rebel (Reba), and Kip Sabian and Penelope Ford was actually taped in the ring. The segment that aired took place indoors. AEW re-taped that segment because of “time constraints.”

Ivelisse and Diamante’s entrances were filmed twice. The cameras were apparently not in the right places to catch the shots they needed.

It was also reported that “A back elbow spot in the Dark Order match had to be re-filmed because one of the wrestlers got caught up in the ropes.” AEW re-shot that spot so it looked cleaner for the show on TNT.

AEW doesn’t have the luxury of re-taping segments when they are live. When they can, the company obviously wants to make sure they present the most professional looking product possible.