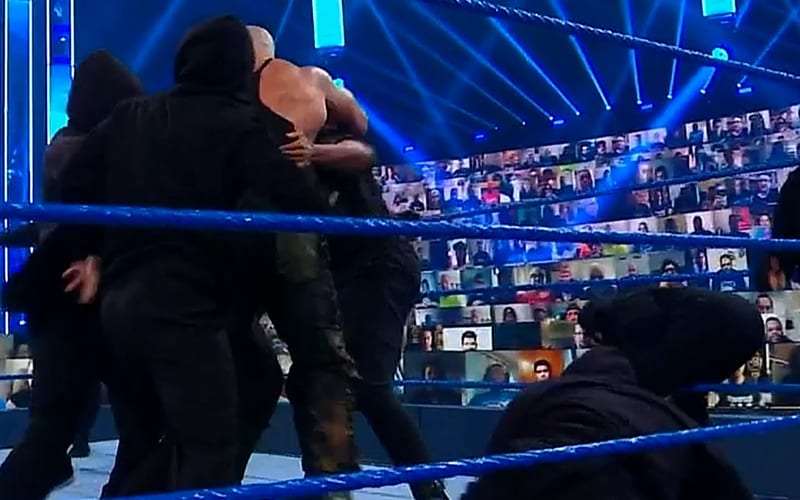 WWE welcomed fans into the ThunderDome this week. It was a big night for WWE, and Vince McMahon kicked off the show. He didn’t remain in the ring alone for long.

Bray Wyatt made his way down to the ring as The Fiend. His entrance was epic and it was wise for WWE to show it off right away. Then Braun Strowman came down. The ring was soon surrounded by members of Retribution. They are getting bigger, and there were more of them.

Bray Wyatt waved goodbye to Braun Strowman and the lights went out. They came back, and Wyatt was gone leaving Strowman in the ring alone. Retribution beat down the Universal Champion and soon the locker room spilled out.

A second wave of Superstars ran Retribution off. The entire time, not one Superstar took off a Retribution member’s mask because it’s pro wrestling.

Welcome to the ThunderDome!