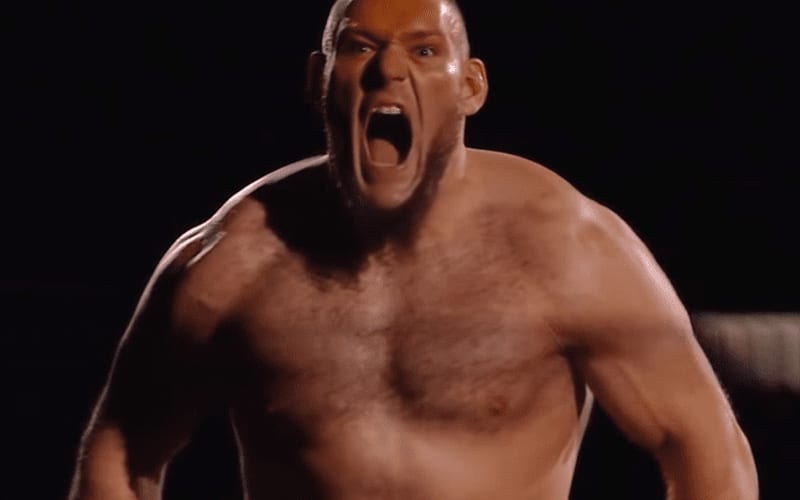 Lars Sullivan was injured last year and he’s been out of action since then. His knee seems to be all better judging by a recent workout video showing off his impressive vertical leap.

Sullivan’s workout videos didn’t seem to register on Triple H’s radar when he was recently asked bout it. The truth is that WWE is still keeping up with Lars Sullivan.

Ringside News has learned that Lars Sullivan is returning, but the timetable isn’t know. It’s not because of his physical situation with any injury.

A writer with very close knowledge to the situation said that there are “lots of issues there” with Lars Sullivan. Specifically, “his emotional state is always going to be a concern.”

It was said that Sullivan’s situation has been “one fiasco after another.” The surfacing of his history in the adult film business is also a concern because fans won’t forget about that.

Pro wrestling is a tough occupation to be a part of. Lars Sullivan’s history with mental illness is obviously going to be something that WWE keeps in mind when figuring out a way to use him.