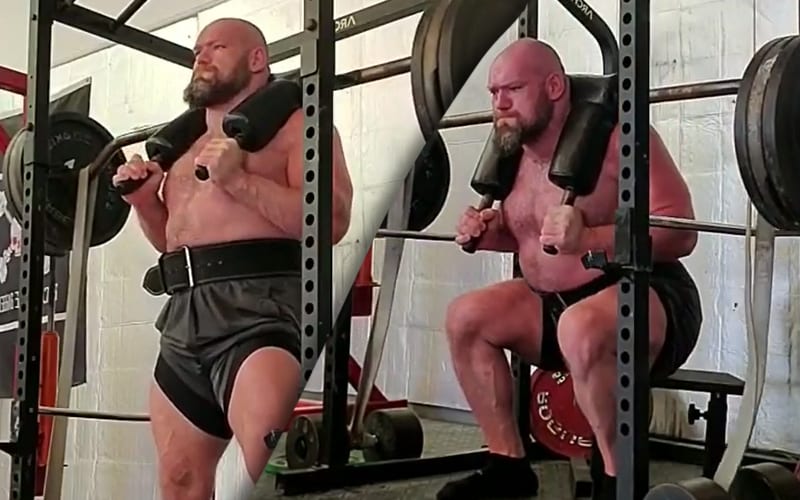 Lars Sullivan hasn’t been seen in WWE since his injury, but he’s been working out and releasing videos online quite consistently as of late. This is news to Triple H.

During a recent TakeOver media conference call, Triple H was asked about Lars Sullivan’s recent workout activity. The Game replied that he actually didn’t have any idea that The Freak was posting workout videos.

Triple H said “I have not seen those, and honestly I don’t have an update on that.” Apparently, he’s not one of Sullivan’s followers since his Instagram account is on private.

Lars Sullivan’s name hasn’t been spoken backstage in WWE for quite some time. He’s been out of action and having a bit of trouble recovering from his knee injury. Hopefully, those recent workout videos are a sign that he’s ready for a return whenever WWE gives him a call.