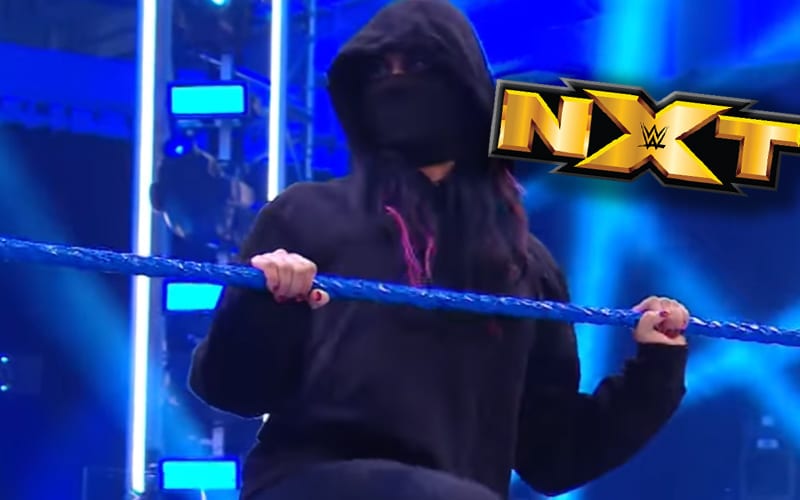 WWE Retribution is stable of chaos-causing masked wrestlers who keep invading the main roster. We have a very good idea about who a couple of the are already, and WWE might be trying to throw fans off the scent.

Kai defeated Jessi Kamea on NXT this week, but Kamea has also been getting a lot of screen time under a different alias.

Kamea has been spotted as a member of Retribution on a couple of occasions. She is the mystery woman with the dark hair and purple tips in the headline photo above. By the time Retribution actually reveal who they are Vince McMahon might have totally changed his mind, but for now, Kamea has appeared at least twice for the disguised faction.

Kamea comes from the volleyball world and she has been working in the Performance Center for years. Now we’ll just have to see if Jessi Kamea will get a better focus in a different way soon enough whenever Retribution takes off their masks.