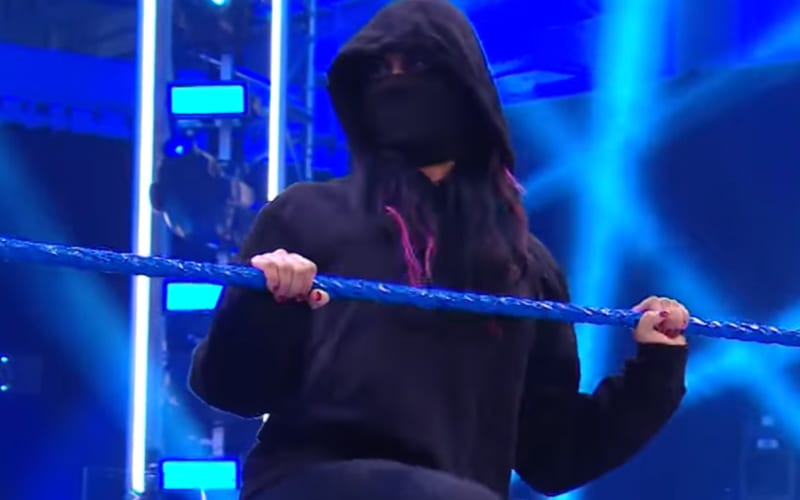 The Retribution faction is causing chaos in WWE, but we might have a very good idea about who is under two of those masks.

Bryan Alvarez brought up during Wrestling Observer Live how on the of the retribution members’ hair was purple. This appears to be Jessi Kamea. It was previously thought that Santana Garrett was also under one of those masks after last week’s attack.

“On SmackDown, the woman Retribution member who appeared in the opening segment [when] the lights went out and they came back on and there was a female Retribution member – if you look carefully, you will notice that the ends of her hair are dyed purple.”

“Well lo and behold, on the show last week, there was a woman in the crowd who Retribution beat up and in fact, the ends of her hair were purple because, in fact, it was the same woman. Because the people under the masks are just whoever they’ve got at any given moment. Those are not the actual final Retribution members so they just throw whoever under the mask and if you’re paying attention you can figure out that the person who got beat up last week is actually playing one of the members this week.”

We will have to see who ends up being in the Retribution stable. There are a lot of possibilities, but after Tommaso Ciampa and Dominik Dijakovic seemingly teased their involvement, it looks like we could have an invading stable from NXT on our hands.