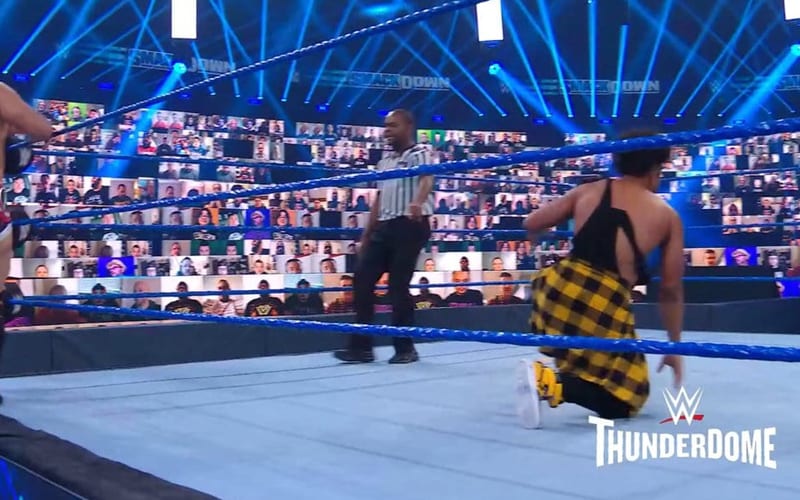 WWE is ready to unveil the ThunderDome on Friday Night SmackDown. They got the testing out of the way today, and there are some interesting notes.

Fightful Select reported some notes about these testing sessions. Superstars worked in the ring, but they came out to different entrance music to test everything out. The main event names didn’t have to be there for the testing.

It was noted that Jake Atlas came out to Braun Strowman’s music, complete with smoke. It was also noted that AJ Styles and Sheamus’ entrances were used “with stand-ins recreating them, they had full music and pyro.”

Tehuti Miles came out to Lucha House Party’s music. Then Atlas defeated Miles. Other Superstar entrances were created during that testing session.

Kayden Carter and Kacy Catanzaro come out to Sasha Banks’ music. Jessi Kamea and Indi Hartwell are out to Asuka’s. There are no boilerplates for names on tehese intros.

It was also noted that “The refs can be heard instructing people to grab holds, stay where they are, etc, and timing the match.” It will be very interesting if they keep the referees mic’ed for the ThunderDome.