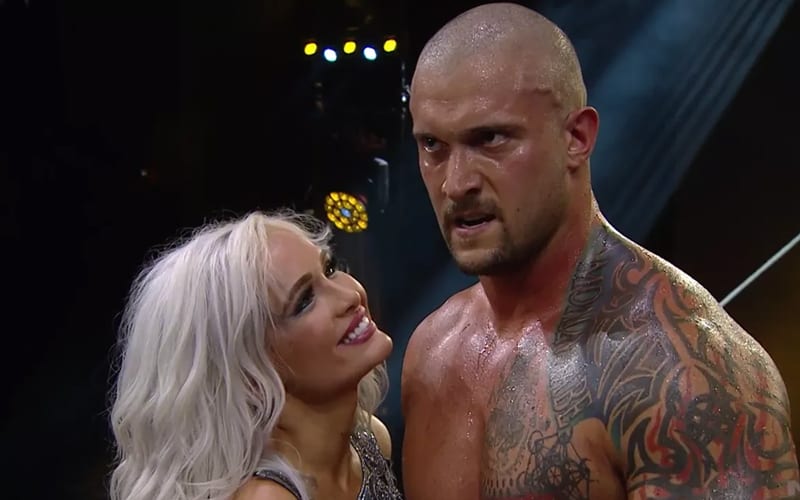 WWE Shop is always running sales. They want to make sure that fans get the best deals when stocking up on merchandise. One recent ad might have dropped a bit early and it spoiled a huge match in the process.

Karrion Kross was featured in a WWE Shop ad with the NXT Title draped over his shoulder. This was in error, and then deleted. It was still captured and is making the rounds online.