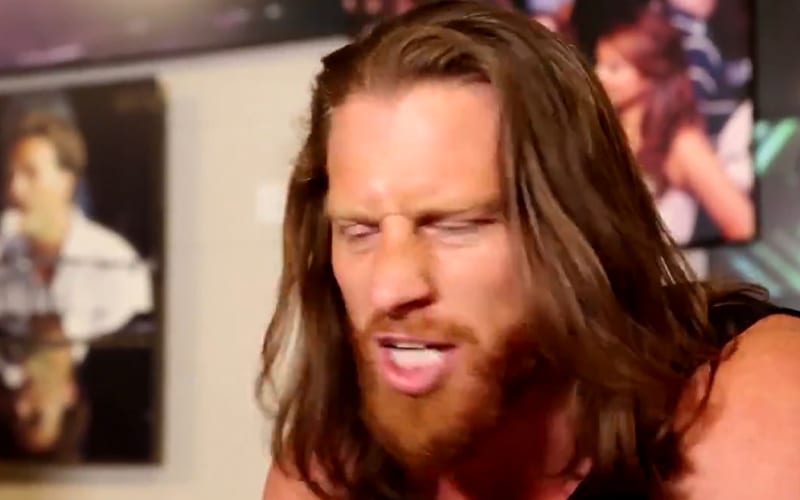 Brian Meyers is in Impact Wrestling now, and he still has a lot to say about WWE. He was sitting in catering for a lot of that run in the company, if he wasn’t sitting at home.

Now that he’s in Impact Wrestling, the former Curt Hawkins is going to make sure this experience is different. He took an opportunity to interrupt an interview with Willie Mack during Impact Wrestling this week. Then Meyers took a pretty direct shot at an “out of touch 70-year-old man.”

“You’ve known me a while. Haven’t I always played by the rules? Done everything I’ve been told? Listen to the veterans? Well, where did it get me in this business? Fired! With a wife that’s 6 months pregnant sitting at home.”

“I’m so sick of being referred to as somebody’s ‘good hand’. It disgusts me that major decisions in this business are being made by some out of touch 70-year-old man in some goofy production meeting! Not anymore. I’m taking my career and this business into my hands. You, and all of Impact Wrestling have been put on warning. I am the most professional wrestler, Brian Myers.”

Meyers’ wife was six-months pregnant when he was fired from WWE. She released a heartfelt social media message at the time which didn’t put WWE in the best light at all. Maria Kanellis’ messages that followed about her own story of WWE axing her two months after giving birth would soon follow.

It seems that Brian Meyers is enjoying his time with Impact Wrestling much more. You can check out the promo below to see that he is at least getting time on television.