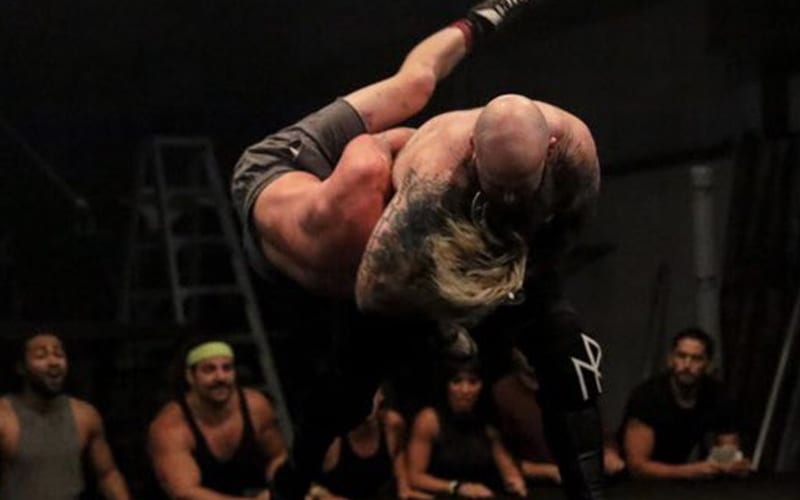 WWE held more RAW Underground segments this week and some fans recognized the man who Erik of the Viking Raiders destroyed very quickly.

Colby Corino was featured on RAW Underground this week. His part wasn’t the biggest, but he still mattered when it came to the story. Erik was looking for a new opponent which is why the Show Off stepped up. Next week will see Ziggler taking on Ivar of the Viking Raiders.

This isn’t the first time that Colby Corino has been featured on WWE programming in recent memory. He also wrestled on an episode of 205 Live in March of last year.