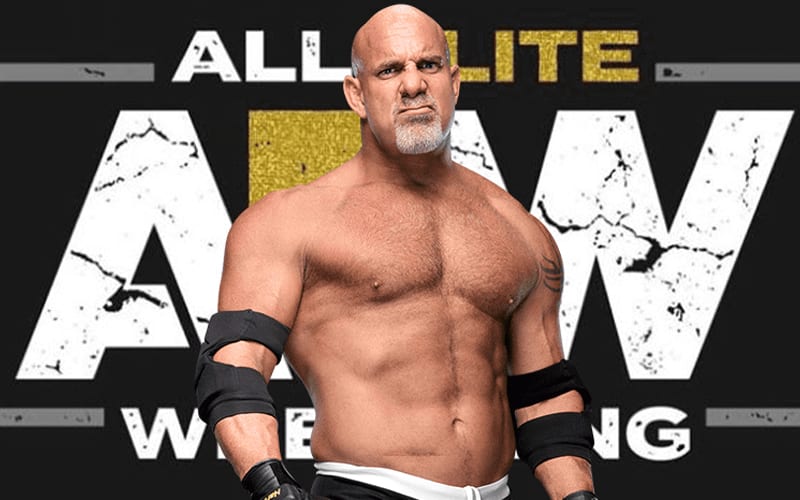 AEW often pays tribute to the past and the company is operated by people who know pro wrestling’s history very well. This has resulted in some great call-backs throughout the company’s run.

When the company was first coming together there was a rumor that they were trying to bring in Goldberg through the help of agent Barry Bloom. That didn’t come together, and it’s unclear how close they came to a deal.

Jim Cornette hasn’t been the biggest fan of AEW. He’s been quite outspoken about the company’s direction. During the Jim Cornette Experience, he discussed how AEW tried to get Goldberg to come in while they were putting the company together.

He stated that Tony Khan’s plan was to have Goldberg come in and have his own streak in AEW.

“Goldberg was huge on Tony Khan’s want list. He wanted Goldberg to come out and do the streak over again. I mentioned how much you think he’s gonna charge for a 30-second job match? Probably the same as a main event PPV match.”

It’s unclear how Jim Cornette knew AEW’s plans for Goldberg. It’s doubtful that he’s included in any of The Elite’s group text conversations. This is still a very interesting note to consider.

AEW hasn’t brought Goldberg in. WWE did and they gave him another Universal Title run through WrestleMania. It makes us have to wonder how things would have been different if Goldberg would have agreed to work with All Elite Wrestling instead.