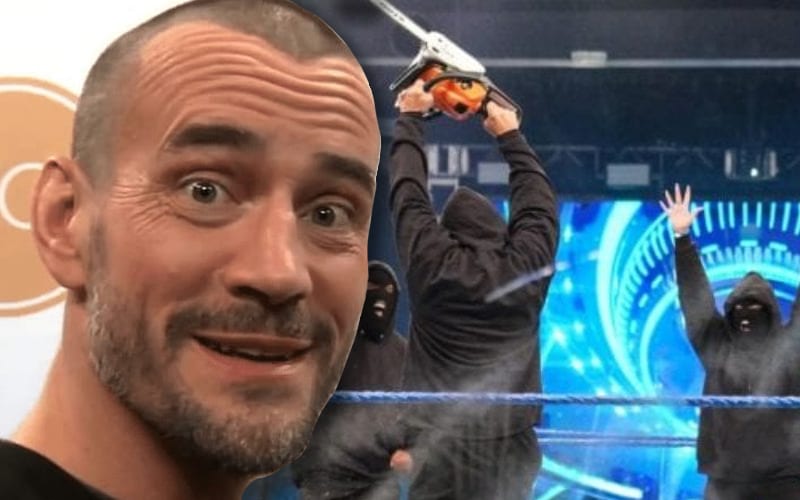 WWE got everyone talking about the ThunderDome. CM Punk even tweeted out a great question about its name. Retribution could also be around to ruin everyone’s plans. The faction causing chaos is still around WWE, and their identities have yet to be revealed.

CM Punk posted a very interesting suggestion about who could be under those Retribution masks. The Retribution stable obviously has a mission, and they want to disrupt WWE.

The Second City Savior said that the Retribution members should be grandchildren of the former heads of all the territories that Vince McMahon shut down. Greg Gagne could even lead them.

Retribution members should be the grandchildren of all the heads of former territories. Led by Greg Gagne.

We have a very good idea about a couple of people who might be under those Retribution stable masks. None of them are grandchildren of closed down territories that Vince McMahon raided for talent.

It’s still a very good idea and perhaps it is also one that WWE can store away just in case they want to use it for something else down the line.