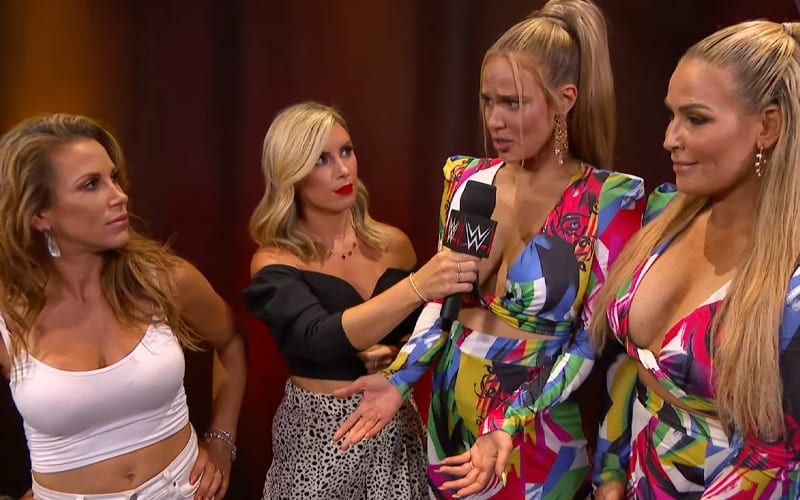 WWE will air the final episode of RAW from the Performance Center during this age of pandemic broadcasts. The Amway Center will be the company’s new home and they are leaving RAW with a big return to the ring for Mickie James.

Mickie James was out of action with an injury, but she made her return to WWE television last week. This week she will take on Natalya and she plans on showing her “what’s good.”

James sent out a tweet along with a PhotoShopped image calling Nattie and Lana “petty” along with the following caption.

Lana & I are appalled at this completely inappropriate image that @MickieJames posted! I look forward to having my cake and eating it too when I kick your a$$ on #Raw tonight, MJ!

Mickie James returned fire by poking a little fun at herself in the process: “My whole ass? We’re gonna need a bit more time. It’s only a 3hr show…” She obviously isn’t taking Natalya seriously.

We’ll have to see who comes out on top in this match between two veterans. Mickie James and Natalya could have a lot of potential as a rivalry. James’ return to television excited a lot of fans and Natalya seems like a great opponent to welcome her back.