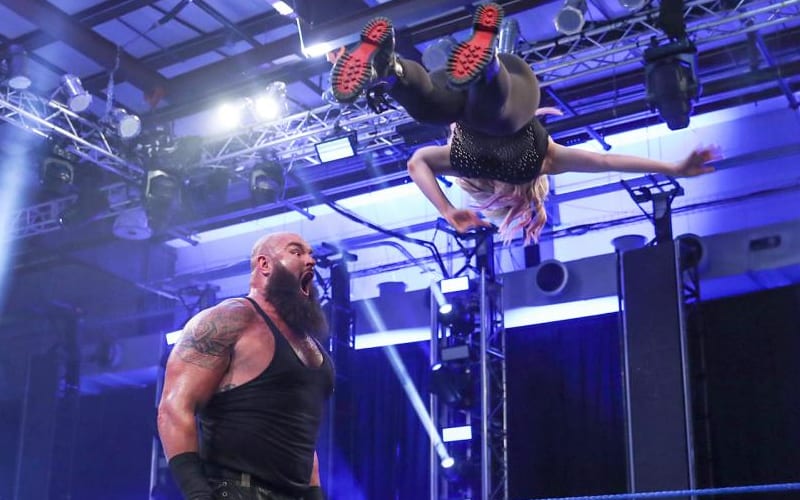 WWE’s Retribution stable appeared on SmackDown twice this week. They used the new faction like bookends during the broadcast, but Braun Strowman and Bray Wyatt’s storyline with Alexa Bliss won the night.

The YouTube numbers following Friday Night SmackDown are quite interesting. Both Retribution angles ranked well for the night. They still didn’t capture nearly the viral attention as last week’s episode. Neither segment could compare to the 1.3 million views that Braun Strowman and Alexa Bliss’ final segment earned as of this writing.

Last week’s angle with Retribution tearing up the SmackDown set had 621,395 views by about the same time. That wasn’t even the most watched segment of the night last week. Mandy Rose revealing her new shorter hair garnered 749,237 views.

As of this writing, Retribution’s big attack backstage has 498K views and their opening attack has 304k views. This is down considerably from last week. The segments ranked in the 2nd and 4th place of the night. Jeff Hardy’s segment with AJ Styles earned 324k views.

We will have to wait and see if WWE has better security in place at the Amway Center. Their new TV-14 rating could open up the possibility for more shocking segments like Bliss and Braun’s closing angle. It paid off this week.