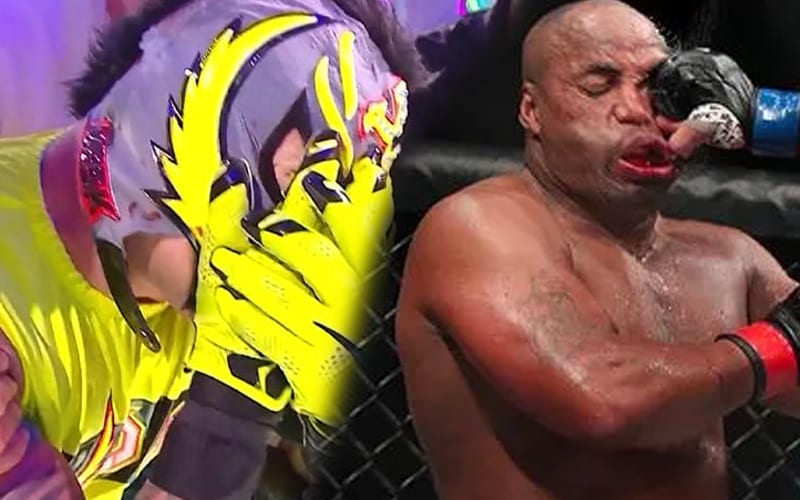 Rey Mysterio has been away from our TV screens ever since he ‘lost his eye’ courtesy of Seth Rollins during their recent Eye for an Eye match at Extreme Rules.

At SummerSlam, his son Dominik will attempt to defend his honor when he goes up against Rollins in a Street Fight.

In a moment that drew a reaction out of Rey last night, former two-weight UFC champion Daniel Cormier suffered a gruesome eye injury at the hands of Stipe Miocic in their main event fight at UFC 252.

Lost of people mentioned Rey Mysterio’s recent WWE storyline. He replied “for real though!” He must have seen the comparisons too.

The current status of Cormier’s eye isn’t known, but in the post-fight interview, he informed Joe Rogan that he was unable to see out of it.

Whether Mysterio meant it in this way or not, his tweet certainly does bring to light the fact that the risks with eye injuries in mixed martial arts are far more serious than most fans tend to realize.