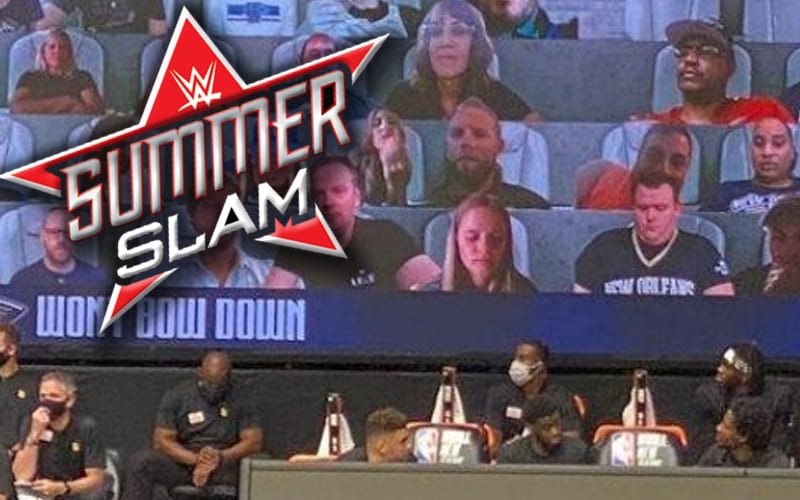 WWE has some big ideas for SummerSlam, and a new location could open up some serious possibilities.

SummerSlam is now being planned for the Amway Center in Orlando Florida. There will be no live fans present in the building, but PW Insider reports that WWE is planning something very unique and innovative for the event.

WWE would obviously prefer to have live fans, but that’s not a possibility right now. The company has a lot of options, but going through with something too big might cement the idea that it will be a long time before any semblance of normalcy can return to WWE television.

Are you excited for virtual fans? Sound off in the comments below!