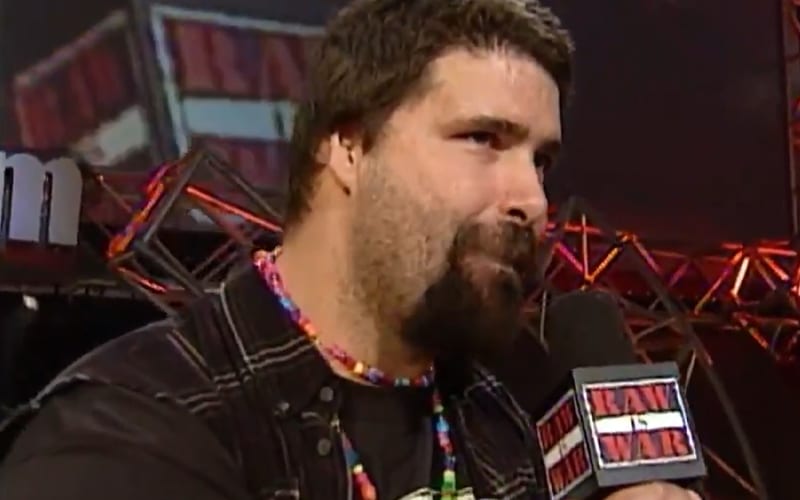 Mick Foley entertained pro wrestling fans for decades. He delivered many lines on the microphone over the years that were written by a team of writers. He is very proud of one line that was all his own.

A clip of Mick Foley cutting a promo on Edge and Christian recently came online. After Mick watched the old clip from RAW, he got a little sentimental and he wanted to share a bit of behind-the-scenes information about that segment.

Foley revealed one line made it into that promo that he wrote himself. He is also still very proud of that line of verbiage.

I had many great lines written for me in @WWE – but I’m proud to say that this one was all mine!

Check out the necklace @NoelleFoley made for me!

Mick Foley isn’t around WWE much anymore, but his son Dewey is. Dewey Foley actually recently got a bit of a bump in his responsibilities backstage within the company as well. He is now a big driving force behind 205 Live.