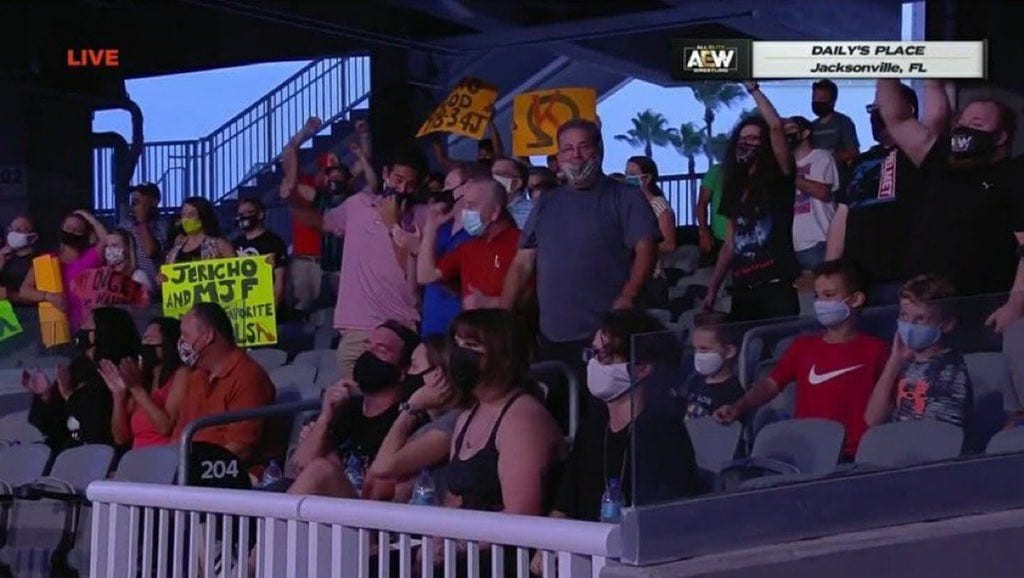 AEW brought in real fans for this week’s episode of Dynamite. A very limited number of people were allowed to attend the event.

A fan noticed that the audience in attendance was not practicing social distancing at the event. They posted a picture of audience members being seated close to each other during the show.

Twitter user Jessi Davin who was one of the people in attendance for the show, responded to this fan. Devin said that the people seated next to each other belong to the same family.

According to Devin, a team was monitoring the seating area and ensuring that the fans’ mask placements were correct throughout the show:

Groups of families were seated together. Sectioned were laid out beforehand and the rest was taped off. Mask enforcement was there correcting people’s masks placement the entire night.

Davin said that the company knew beforehand about who was attending their show. She also said that she and her husband felt very safe throughout the show.

Parties were grouped together and socially distanced between each group. They had it planned out beforehand because they had to know who was coming. Do not let the camera angle fool you. I felt very safe and so did my husband. #AEWDynamite

It looks like AEW has a distinct set of safety measures laid out for the select amount of people they’re allowing to attend the show. However, there are many fans online who have been criticizing the company for this move.