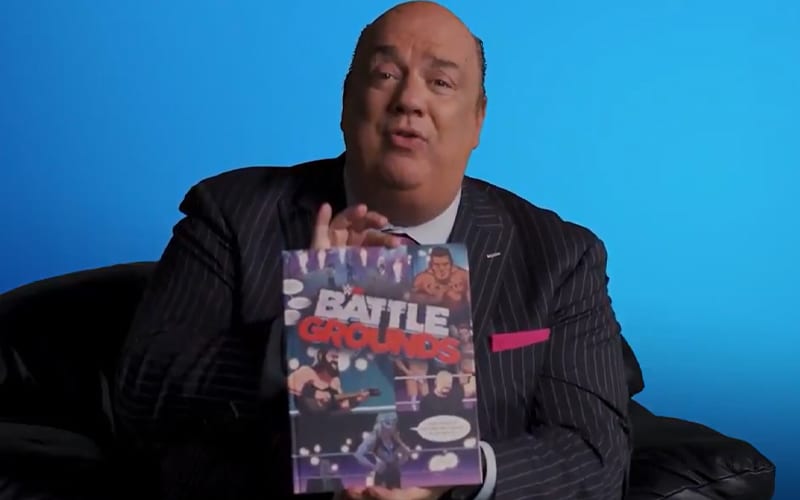 WWE is not getting a traditional video game this year. It only fits because nothing about 2020 has been traditional in the slightest. Paul Heyman was also axed from his position as Executive Director of Raw in 2020, but he still stared in the new 2k video game commercial.

WWE 2K Battlegrounds is set to drop on September 18th. Paul Heyman is no longer backstage in WWE, but he was front and center for the commercial.

Heyman was there to tell us the story of WWE 2K Battlegrounds. He highlighted the online multiplayer mode. If you preorder today you can “brawl without limits.”

He didn’t say it in the video, but fans who preorder will get “Edge, and three versions of Ronda Rousey, Stone Cold Steve Austin, and The Rock, in addition to 1100 bonus Golden Bucks.” We’re not sure what “Golden Bucks” are used for in the game, but it sounds like a micro transaction.

The campaign mode promises to be unlike anything fans have ever seen before. Battleground Challenge Mode will also likely be an attractive feature for the new game. Heyman walked fans through these features in this new commercial.

You can check out the commercial below. Shawn Michaels tweeted out the ad as he said: “Will Sweet Chin Music rule ALL the game modes in 2K Battlegrounds? You know it!”