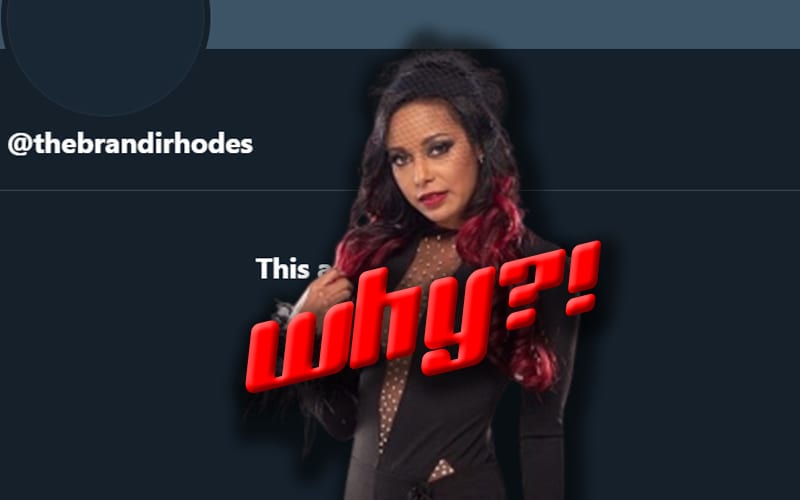 Brandi Rhodes left Twitter following controversy that arose after All Elite Wrestling unveiled their plan for AEW Heels. Now she is revealing why she departed Twitter.

Cody Rhodes stated that Brandi was called the racial slurs on a regular basis. When Brandi had a chance to give her take on things she didn’t mention that.

TV Insider got to speak with Brandi Rhodes where she gave her take on why she left Twitter. AEW Heels is a big project and it needs her attention a lot more than her Twitter account.

“I just think that right now there are other things that need my attention a lot more. I’m focusing on ‘Heels,’ which Friday we had our first members based event. It was extremely successful. It’s nice to come together in a community of women that really appreciated it and enjoyed it. We had a really great time on Friday night. It was nice to put my energy into that,” she revealed. “My energy is also going into the ‘Women’s Tag Team Cup Tournament’…It has been a really nice weekend to put all my time and energy into what I want to be focusing on right now.”

The reason that Brandi Rhodes left Twitter is a moot point. The fact is that she is no longer on the social media platform. She could always reactivate her account later on because she’s certainly not banned.

Do you think Brandi Rhodes made the right call by leaving Twitter? Sound off in the comments below!!!