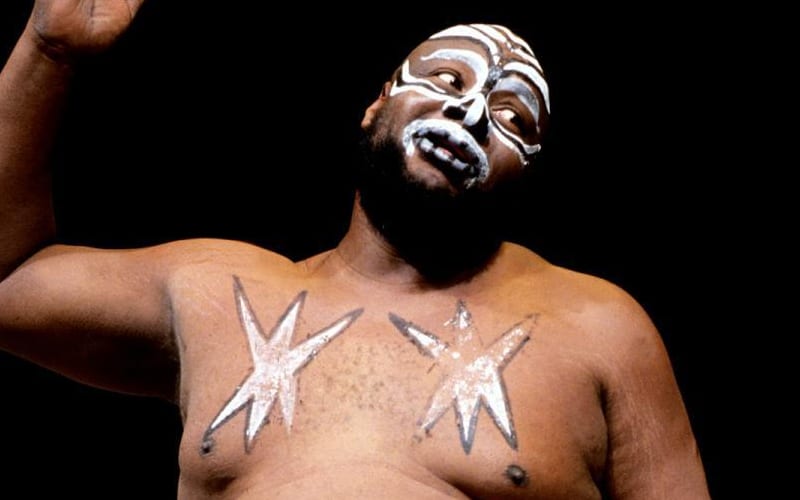 Kamala passed away on August 9th. He was 70-years-old, and it was revealed that he tested positive for COVID-19 prior to his passing.

A GoFundMe account has been set up and can be found at this link. The description of this account states that the money raised will help support his wife Emmer Jean and get her back on her feet.

Because James brought so much joy to so many of us, let’s repay the favor and give something back. Along with funeral expenses, this fundraiser will help his wife, Emmer Jean, get back on her feet after a taxing 10 years, as she was forced to quit her job to care for James full time after he lost both of his legs to diabetes. Emmer Jean is a true warrior who stood by her husband’s side until the very end. Let’s honor Kamala – let’s honor JAMES – and give her some help.

Tons of fans and pro wrestlers alike shared their memories of Kamala. Hulk Hogan, Mick Foley, Goldberg, and many more sent out tributes.

You can read some of the touching memorials that were sent out for Kamala below. Click here to read the initial wave of tributes that came out following his passing.