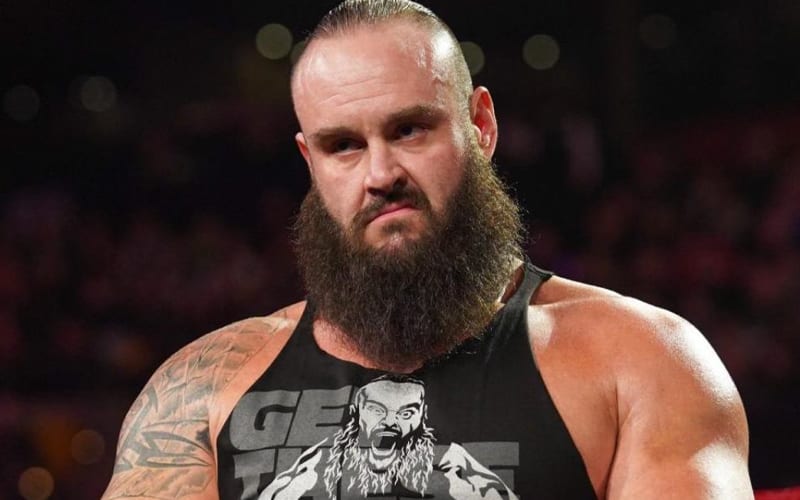 Braun Strowman and EC3 have entered into a lawsuit against their former business partner Eric Holzer. They are alleging that Holzer committed fraud, breach of contract, and computer-related crimes while using their likeness without their permission.

Court documents show that EC3 was approached by a longtime friend named Jedediah Koszewski about buying a printer and starting a company called Magic City Prints. This was agreed upon and EC3 invested thousands into the new company. EC3 eventually brought Braun Strowman into the business.

Strowman agreed that Magic City Printing would take care of his Meat Castle line of clothing. He also invested thousands into the business and it was agreed that he would get a cut of profits.

The business was doing well and they started a YouTube channel called K5 Entertainment. EC3 and Braun Strowman say that they invested even more into the business after that. Then they had a disagreement and Holzer allegedly took images, videos, hardware, and software that belonged to the company. The wrestlers are now suing Holzer over the situation.

Holzer started a GoFundMe account to ask for money. He is seeking financial help to fight the allegations against himself. He also stated his version of what happened as he contends that EC3 and Braun Strowman tried to push him out of the business.

A book could be written about the drama that unfolded, but suffice it to say, there were a number of events that arose developing tension and disagreements among the partners.  To make a long story short, in early March, I was asked by JC, EC3, and Strowman to leave both businesses with no compensation although I had contributed over a year’s worth of work to both companies, invested my own money and resources into them, and have a percentage ownership of both businesses.

I understand not all business relationships work out, but my family and I weathered hard times while putting aside other guaranteed income to build something “better” for us by making Magic City Prints and K5 Entertainment successful.  All things considered, I don’t believe it was fair to be asked to leave with no compensation.

I tried to amicably work everything out, but those efforts failed.  I was then served a lawsuit that was filed by both Strowman, EC3, and Strowman’s company, Meat Castle.  They also changed the locks on our business facility without notifying me and have denied me entrance onto the premises even though I am listed on the lease (giving me a right of possession) and continue to be responsible for my portion of the rent.

Furthermore, based on their Instagram and other social media posts, I believe that they have continued using the rented space and assets of the former businesses to continue to print t-shirts for new business endeavors (of which I am not a part) and film “wrestling promos” with no compensation to my initial investments. It is my opinion that, under the circumstances, they have not acted in good faith and have breached fiduciary duties that they owe to me as a business partner, and these breaches will be the subject of counterclaims that I will be filing against them.

As of this writing, Holzer has raised $55 of his $20,000 goal. Braun Strowman and EC3 have not made any public statements regarding this case. You can also find DM conversations that were sent to us where Holzer further explained his current situation.

We will continue to monitor this ongoing situation right here at Ringside News.