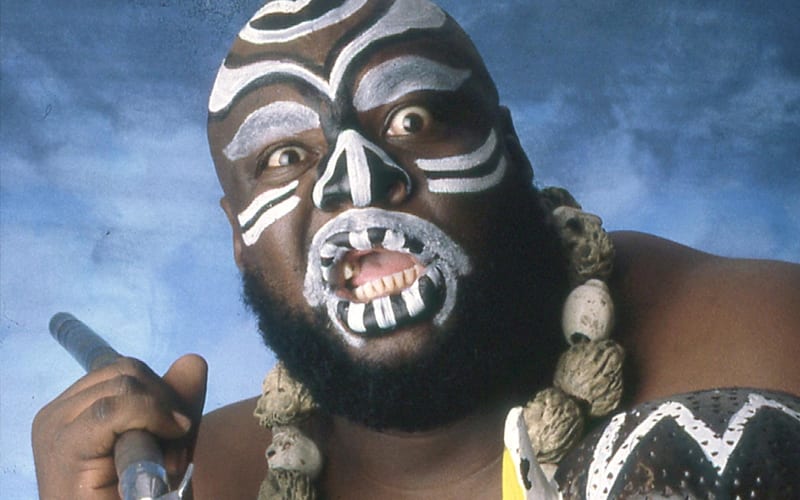 Kamala passed away today, August 9th, 2020. He was 70-years-old. His cause of death has not been made public at this time. His memory is being celebrated by many as they hear of his passing.

Plenty have already sent out messages about Kamala upon learning of his death. Joey Janela even posted an old photo of himself with Kamala back when he was a younger Bad Boy fan.

WWE sent out a message about Kamala’s passing. Sadly, he never made it into the Hall Of Fame. The controversy his gimmick might bring has often been thought to be a contributing factor as to why he never received an induction.

You can check out some of the early memorials for Kamala below. There will definitely be more as the news of his passing spreads.