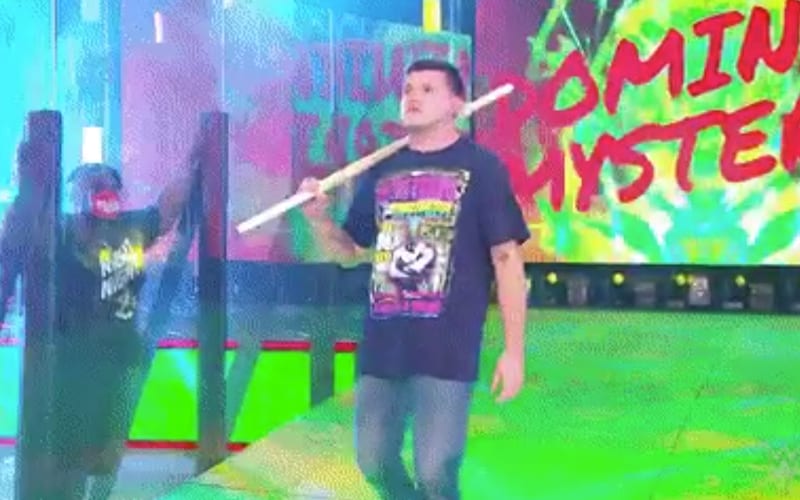 WWE Raw kicked off with a big contract signing. Dominik Mysterio was there to actually sign two contracts on Raw this week.

Seth Rollins and Dominik Mysterio signed a contract for their SummerSlam match this week on Raw. Samoa Joe hosted the segment and he revealed that Dominik had a second contract to sign which made him an official WWE Superstar.

It’s unclear what kind of deal Dominik Mysterio has, but he came out with his own entrance music this week. His music was a remix of his father’s famous song.

Dominik also came out with a kendo stick and a very serious mission. Then Seth Rollins gave Dominik permission to use that kendo stick in their match at SummerSlam on August 23rd.