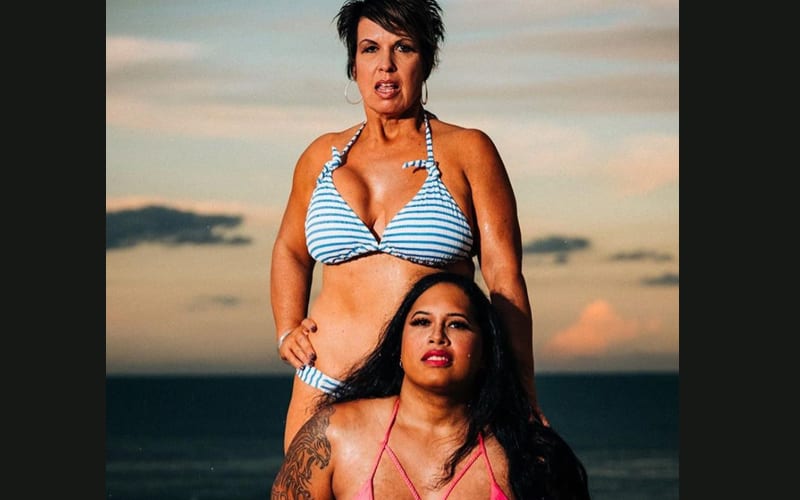 AEW recently held a photo shoot for their women where they got to show off on the beach. This included Nyla Rose and her manager Vickie Guerrero.

The Native Beast was very excited to reveal photos of herself and Guerrero. The wrestler/manager duo struck confident poses as Nyla Rose stated that the two are ready for this week.

Vickie Guerrero recently signed a full-time AEW contract. She didn’t specify how long her new deal is, but she is obviously very happy in AEW. WWE previously blackballed her for appearing on AEW television.

WWE might not let their Superstars on Vickie Guerrero’s Excuse Me podcast anymore, but that probably doesn’t matter much to her. Now she’s with All Elite Wrestling and getting opportunities like participating in the company’s bikini photo shoot when this wouldn’t have been on the table with her previous company.