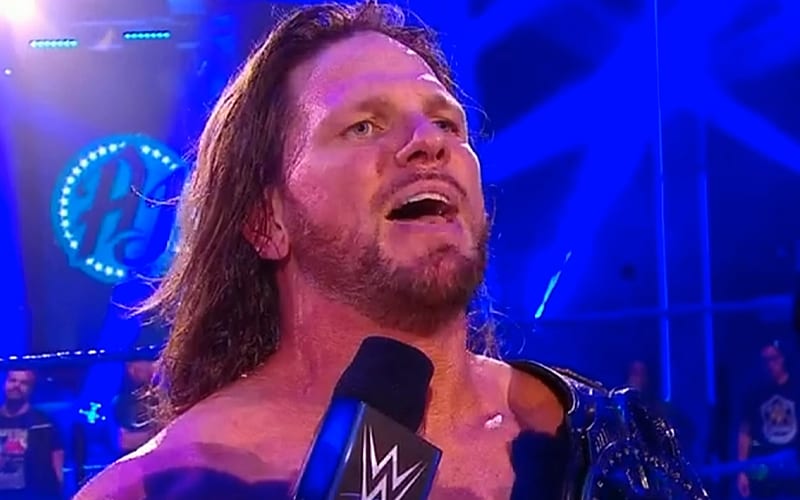 AJ Styles has played a babyface and a heel many times in his career. He knows that there are different tactics to generate a desired reaction. A big hindering factor seems to also be how much Styles can still do in the ring.

While recently speaking on his Twitch stream, AJ Styles explained that there is a lot more gritty action when he’s playing a heel. There are more strikes and kicks. He must be aware of the moves he’s doing in the ring, but some of those moves are harder to do now.

He didn’t want to make any excuse, but he did relay the fact that as his body gets older it does limit what he can do in the ring.

“I think that if you do too much ‘cool’ stuff as a bad guy, then you’re begging people to cheer for you. To be that bad guy, it’s a lot more kick and punch, and grittiness, and cheating, and stuff like that. So, there’s a reason for everything. But I’ll make no excuses – the older you get, the harder that stuff is. I guess maybe I am going to give you an excuse, because the older you get, the more your body isn’t as flexible as it used to be. And you have pains that you didn’t have before, and the risk of hurting yourself, it definitely goes up as you get older. So you have to be smarter when you do these certain moves.”

AJ Styles has previously stated that he battled the idea of retirement every day. WWE has supplied him with amazing money, but he already wrestled a career’s worth of matches prior to joining Vince McMahon’s company.

We’ll have to see when AJ Styles wrestles his final match. He’s going to keep wrestling in an intelligent fashion to not push his body too far until that day comes.