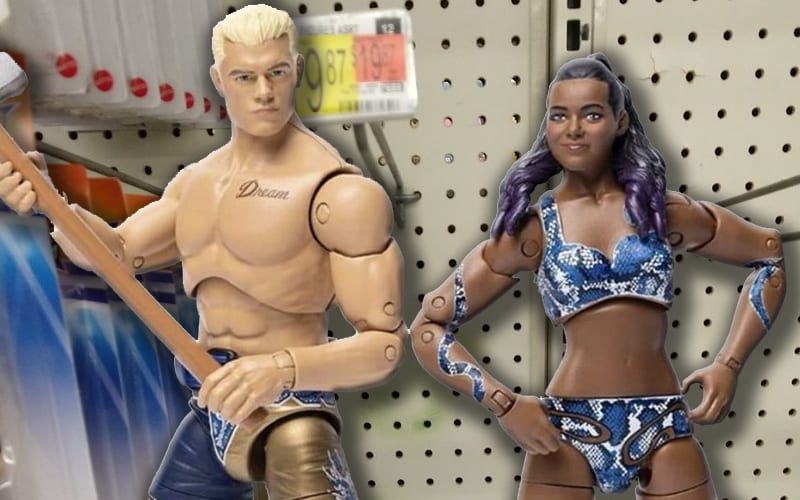 AEW dropped a new line of action figures with JazWares and they are selling like hot cakes. Fans are hard pressed to find any in stores as the Internet Wrestling Community launched into a full-fledged figure hunt this week.

The first line of AEW’s action figures include Cody, Kenny Omega, The Young Bucks, Brandi Rhodes, and Chris Jericho. Series 2 has already been announced and those figures will include Hangman Page, Jon Moxley, The Lucha Bros, MJF, and Dustin Rhodes. Orange Cassidy and Pac are on the way and those designs are incredible as well.

Cody commented on AEW action figures disappearing from store shelves. He said that there were two at his local Walmart, but plenty of fans are coming up empty.

It’s WILD – my local store only has one Kenny and one Cody figure left.

I’m glad people are getting their hands on these. It’s a great line!

The AEW action figures are also sold out online. Ringside Collectives won’t have more of the series 1 figures back in stock until October/November.

Needless to say JazWares signed an incredible licensing agreement with All Elite Wrestling that is already paying off. The pandemic doesn’t help matters when it comes to producing anything, but more AEW action figures are on the way.