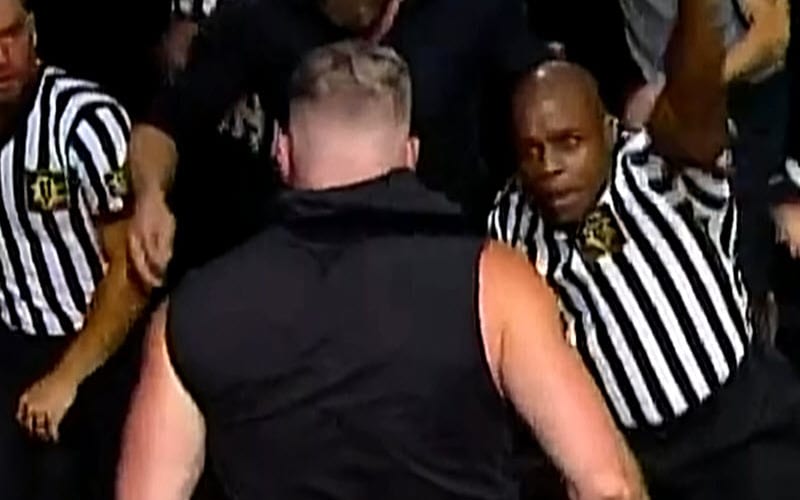 Pat McAfee and Adam Cole’s feud was kicked into high gear when Cole cursed out McAfee and left his radio show in a hurry. Things went to another level on NXT this week.

Pat McAfee was on WWE NXT this week. He sat in during commentary and he was a fun contribution to the show. Then he became a bit of a distraction during the NXT Tag Team Title match.

McAfee and Adam Cole started arguing and this caused the Undisputed Era to lose their match. Following the match, McAfee said that Adam Cole will always be short and a bitch. This caused a pull apart as many NXT officials got involved.

Cole tried to climb over the announce table, and then McAfee took full advantage of the situation. Pat McAfee used to punt footballs for a living, but this week he punted Adam Cole in the head.

Triple H immediately shoved Pat McAfee and the retired NFL player was escorted out of the building. The NXT broadcast ended this week with Shawn Michaels checking on Adam Cole and asking if anyone called an ambulance.