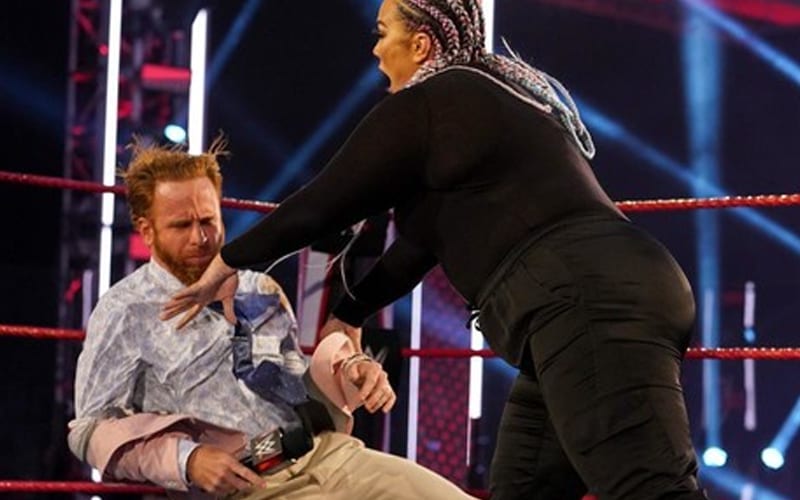 WWE fans were introduced to Pat Buck in the last few weeks even if they didn’t know who he was. Now they do, but they only know him as a WWE official. This was brought to Pat Buck’s attention recently as well.

Buck took to Twitter on Thursday morning to address fans who didn’t know who he was. He has worked hard in the pro wrestling industry for nearly two decades, but some people still don’t know who he is.

Along with a tweet captioned “August 2020 is my happy 19th,” he posted a message for fans. He appreciates all of the love, but he suggests that fans might want to do some research.

Appreciate all the love from RAW Monday, and even all of the many comments asking “who are you?”

When I see something I’m not familiar with during something I enjoy (e.g a marvel movie) I look it up so I can gain some insight. The backstories make for a higher level of appreciation.

So if you’re a wrestling expert, critic, or devoted fan and don’t care to know about my nineteen year plight as a wrestler, promoter, trainer, agent then perhaps you’re not as knowledgeable as you pretend to be… but it’s nice to meet ya anyway.

Pat Buck was actually furloughed from WWE on April 15th along with so many others. He was recently brought back to the company as Ringside News exclusively reported.

We’ll have to see what’s next for Pat Bucks and Nia Jax’s current storyline. It seems that WWE is presenting Jax as someone who doesn’t have much respect for a WWE official like Pat Buck.