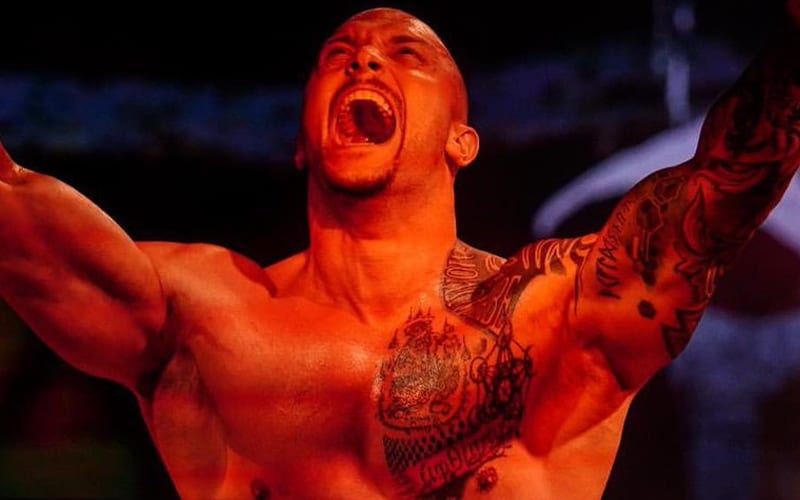 Karrion Kross has already mad a big impression on WWE’s NXT during the short time he’s been with the black and gold brand. According to Hugo Savinovich, Kross is capable of a lot more.

The former WWE commentator spoke out on Facebook recently where he praised Karrion Kross. He used to know Karrion as “Killer Kross,” and there could be a very good reason why that name stuck with him for so long.

According to Hugo Savinovich, Karrion Kross is more than just a brutal fighter in the ring. He was also a legit hired murderer. Savinovich claims that Kross was a “real life mercenary” when he was in his youth as he was contracted to do “dirty jobs” for mafia groups. You can read a portion of what he said translated from Spanish below:

“He’s a warrior, he’s an athlete that once was a hired murderer. I’m telling you: This is not ‘a making this, making that’. No, this is the real thing. Now he’s so passionate about wrestling and he’s so in love with his girlfriend Scarlett. I love my friend, he have a great friendship. God bless him and bless his love. Love is something beautiful”.

Hugo Savinovich and Kross worked together in AAA in Mexico. Savinovich also stated that he was helping him with his creative ideas and NXT character because he felt like WWE might have been the wrong way for him to go.

It’s unclear how much of this story is kayfabe or truth. Savinovich has been known to talk a lot. He is also a huge subject of WWE’s current issues with Saudi Arabia as he started the story that there was a “hostage situation” following Crown Jewel.

Savinovich didn’t go into much detail about Karrion Kross’ past, but there is allegedly more to that story. He promised his fans that he will have an interview with Karrion Kross soon where they will further explain those details.

Thanks to Eduardo Cano Vela for the quote