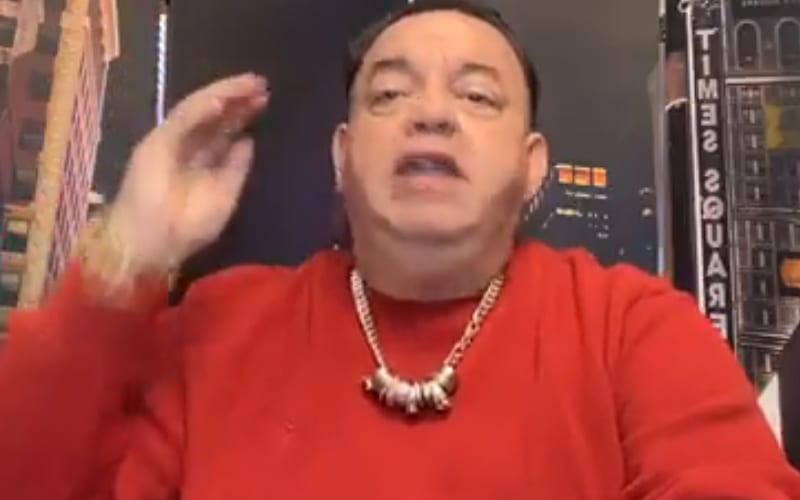 Hugo Savinovich was the first to break the news that WWE Superstars were unable to leave Saudi Arabia following Crown Jewel in 2019. His name wasn’t brought up by WWE’s attorney, but his statements were. Now Savinovich is answering to WWE’s attorney and his constant denial of events.

Savinovich released a Facebook video today. In his statement he addressed what he was told by WWE Superstars who were in Saudi Arabia. He confirmed what he heard and made a point to say that it’s sad to see WWE and their attorney is trying to discredit him as well.

“My reputation in the wrestling business is very high. I started at 14 years old and have done everything: writer, producer, wrestler, commentator. I stick with what I said: WWE wrestlers were kidnapped in Arabia Saudi. That’s what my sources told me. I don’t need money, I don’t need fan attention, it’s a very sad thing that WWE and his lawyer try to humiliate me and discredit my story.”

“WWE wrestlers gave me that information. It hurts me that Superluchas.com and other websites has made that report from the words of the WWE’s lawyer. I was told that the wrestlers had been held by Saudi Arabia. I’m not against WWE. The curtain falls on the McMahon empire. My version is quite strong and supports the legal trial that WWE is living right now.”

“My report reached FOX, Sportskeeda, Forbes and dozens of media. There was a wrestler who decided to be anonymous and he also told me. He was afraid of WWE, but he participated in events in Saudi Arabia. Everyone was uncertain if they were going to go home alive.”

“I have connections around the world and my passion is to bring the truth to people, I love what I do, I have been transparent. I don’t hate WWE and have refused to speak in court, they offered me money to speak in court, but I won’t, because I love Vince and the McMahon family. I am faithful to Vince and my friends. But the version that I told them, as creepy as it sounds, was what really happened there, confirmed by several workers of WWE, the wife of a former wrestler from the company and another former wrestler from WWE.”

“I am not seeking to harm WWE or the McMahon family. I am still firm in my report, I do not have the testicles to harm WWE, but if there is a truth I will always tell it, and the truth is that Saudi Arabia kidnapped the WWE Superstars. Saudi Arabia cannot be trusted because they have so much power, so much so that they murdered and dismembered a compatriot of theirs in Turkey.”

“I will take the secret to my grave, because I don’t want to hurt WWE, because I love them, I have credibility and what I said is the truth. Hugo Savinovich does not make money from his news, and the WWE’s lawyer knows it, it is a pity that I was put in this position to make myself look like a liar. What a shame! The former WWE wrestlers and the wife of one of them confirmed that they were held”

There were also reports of armed guards showing up. It was described as a “hostage situation” by some. Karl Anderson’s wife was a very vocal about her husband not going back.

The lawsuit against WWE is still on-going, but WWE would naturally love it to be dismissed. We will keep a close eye on this still-developing story right here at Ringside News.