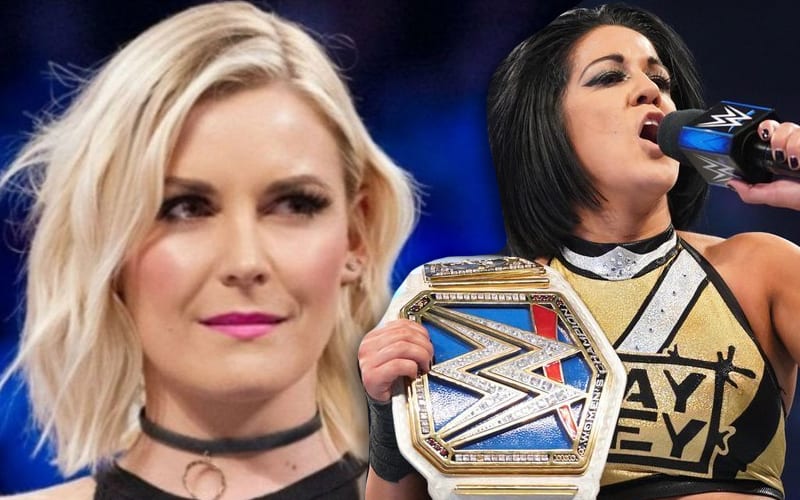 Update: Click here for our exclusive update on the status of women on RAW Underground.

Original: Renee Young lost her gig on WWE Backstage, but there is a new segment on RAW that certainly piqued her interest.

Women haven’t been booked on RAW Underground yet, but it’s always a possibility. Renee Young said she is down to compete against Bayley when the subject was breached during the SummerSlam 1992 Watch Party.

CM Punk suggested that Renee Young should fight Bayley. Young stated that she’s down to make that happen. Bayley has been taunting her for long enough so they might settle things while Shane McMahon officiates.

Renee Young also said “I don’t have anything better to do, I’m down.” She admitted that she doesn’t have any gear made, but that can be worked out.

Are you down to see Bayley take on Renee Young on RAW Underground? Sound off in the comments below!!!