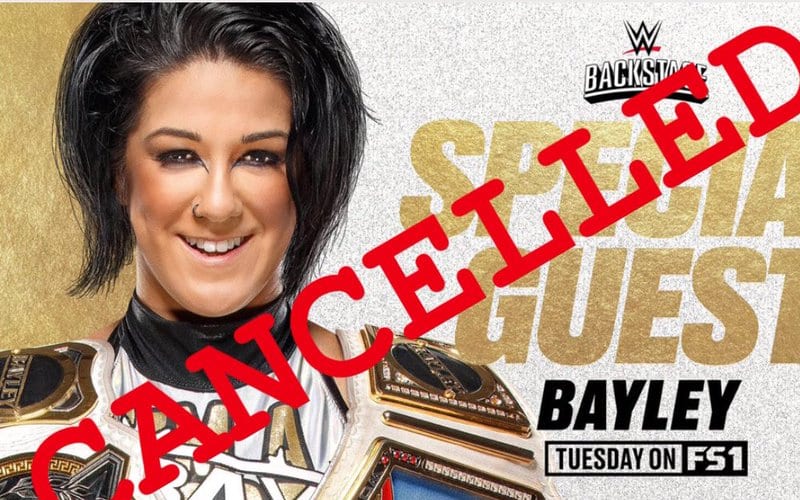 WWE Backstage will be back on a very special basis. FS1 announced plans to reduce programming. WWE’s weekly Tuesday night news program isn’t the only victim of those cuts. It does mean that Renee Young won’t be on television as often.

Bayley wasn’t happy about getting booked on WWE Backstage. The SmackDown Women’s Champion doesn’t appreciate working on her days off. When she heard that WWE Backstage was nixed, she had some trolling to do.

Hahahahahahaha!!!!!!!! Hey @ReneeYoungWWE ………dats what u get for trying to make Bayley Dos Straps work on my way off!!!!!! Oooopsieeeeee

Renee Young has yet to respond as of this writing. We can’t imagine that she’s thrilled her show has been canned.

Dave Meltzer noted on Wrestling Observer Radio that he has heard from people that the show is done. FOX might have a special episode every now and again, but they’ve let go of a lot of people behind the show already.