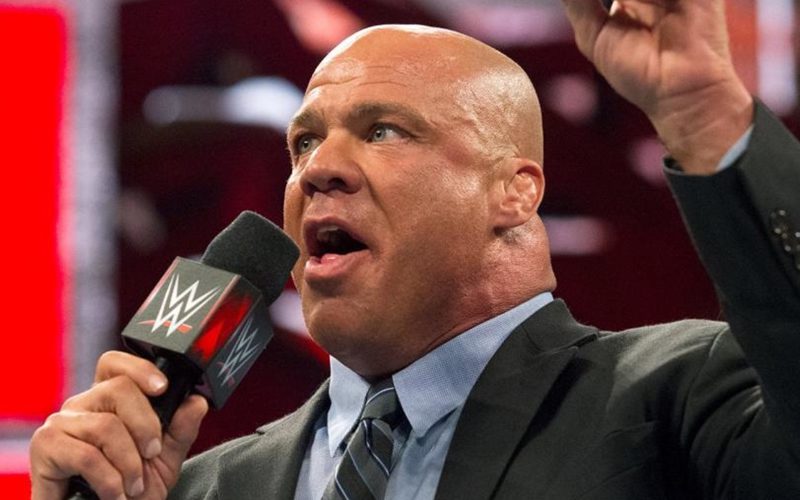 Kurt Angle’s story is widely known throughout the pro wrestling world. He won a gold medal with a broken freaking neck and he went on to become one of the best pro wrestlers of all time. He also struggled with addiction along the way.

Angle’s trials and tribulations through recovery is a story that should inspire anyone. He recently celebrated a huge accomplishment in that life’s journey as he reached seven years of sobriety.

The Olympic Hero celebrated this big accomplishment with a tweet where he wanted to thank everyone who never gave up on him.

Celebrating 7 years of sobriety today. To all of you who supported me and stood by me, through good and bad, I want to thank you for not giving up on me. Salute! (With a glass of milk in my You Suck cup).

Angle was released from WWE on April 15th. He turned down a role as Matt Riddle’s manager which would have seen his return to the company. Angle’s side business in the health food industry has really taken off, so he wanted to focus on that.

Congratulations to Kurt Angle from everyone at Ringside News. Here’s to another 7 years of happiness and sobriety!!