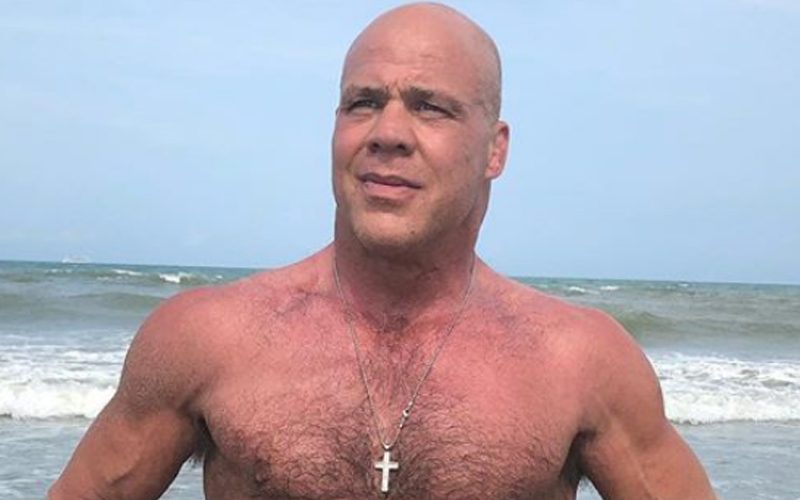 Kurt Angle isn’t afraid of showing off his chest hair. Now that he doesn’t have to keep it shaved down due to wrestling, he’s letting it go. His wife loves it too.

The Olympic Hero recently hit the beach and posed like Superman for a photo. While rocking a bare chest, he was happy about his retirement from pro wrestling. Now he can rock a hairy chest in his next chapter.

My wife digs the chest hair. Retirement from wrestling is good. On to the next chapter. #itstrue

Kurt Angle showed up on WWE NXT this week, but we haven’t heard anything about him coming back to the company. Angle was part of the widespread April 15th releases, but as a producer he was likely furloughed.

He seems to be happy with his pro wrestling career behind him. It looks like the next time we see Angle he’ll have more of a tan, too.