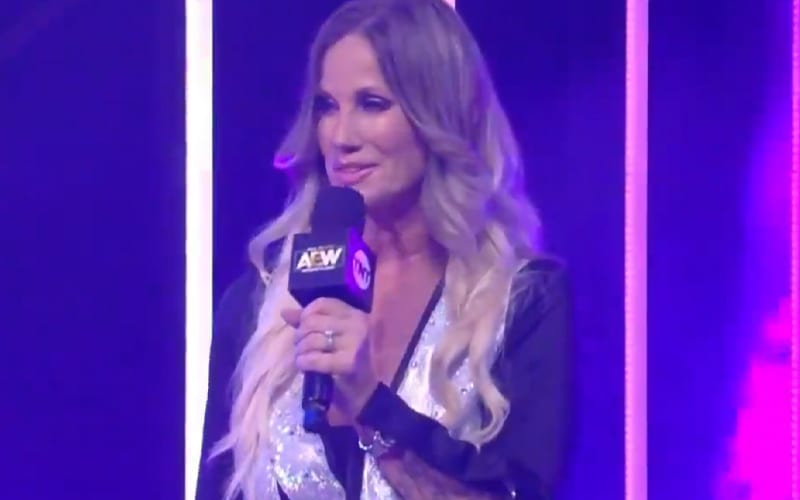 Madusa has made no secret about the fact that she would be open to appear for AEW. WWE doesn’t seem to be using her and she’s in their Hall Of Fame. Now the Hall Of Famer is back on pro wrestling television, but it’s not for WWE.

Madusa was on hand to introduce the card for the AEW Women’s Tag Team Cup Tournament. She was introduced by Shaul Guerrero.

Madusa has a long history in the pro wrestling business. Now she is adding AEW to the list of companies she’s appeared for.

We’ll have to see if this means that more if to come between AEW and Madusa. The company certainly has a track record of bringing in big names from pro wrestling’s past.