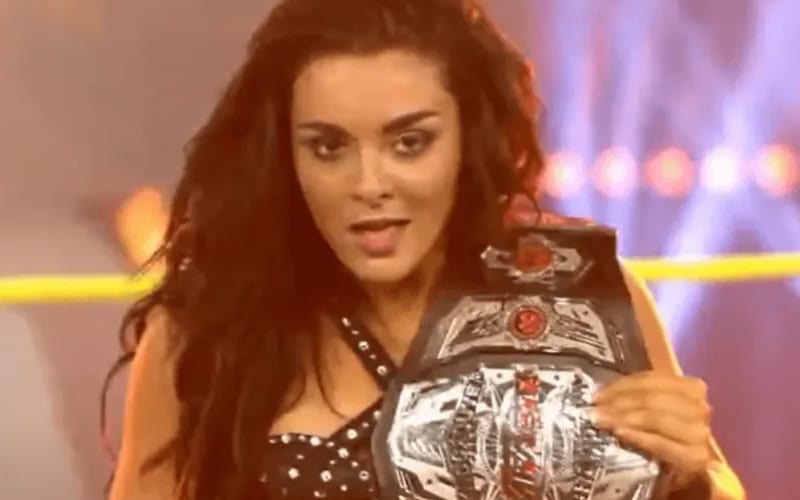 WWE released Deonna Purrazzo from NXT, but their loss is Impact Wrestling’s gain. The Virtuosa is Knockouts Champion, and she’s not holding back when discussing her former employer.

Purrazzo was recently a guest on Busted Open Radio where she got into her WWE NXT release a little bit. Now she is putting a character on screen that she believes in, but she got the “runaround” in NXT.”

Now Deonna Purrazzo can say screw all of the negativity as she carries on and turns a new page in her pro wrestling career. She can be someone who loves wrestling again without all of the complications.

“I think the Deonna that you saw, and the world saw, in Ring of Honor and Impact is truly who I am. The person I’ve been able to put on the screen is the person I believe in. It’s the truest form of me, you know, elevated. At NXT, it was very much a runaround. ‘You need a character. Okay, well that’s too much character. You have to be the real you, but the real you isn’t believable.”

“I just gotten to a point where there’s nothing I can do right, and now I feel defeated in me. And coming here and just being like, screw what everyone else has said, screw the complications that came with me, screw the opinions, and screw the negativity I’ve been through [in WWE]. I’m going to bring the person that loved professional wrestling, that wanted to be a professional wrestler since I was nine years old. And I’m going to make that girl proud!”

Purrazzo then said that she doesn’t care if WWE didn’t want her. She wants her, and that’s all that matters.

Deonna Purrazzo seems to be much happier at this stage in her carer, and that’s great to see. Impact Wrestling seems to be a good fit for her, but we have to wonder how things would be if she never went to NXT in the first place.